May 2 — Day of Ivan the Old Cave, Ivan the Warrior. Spring is now «dressed» 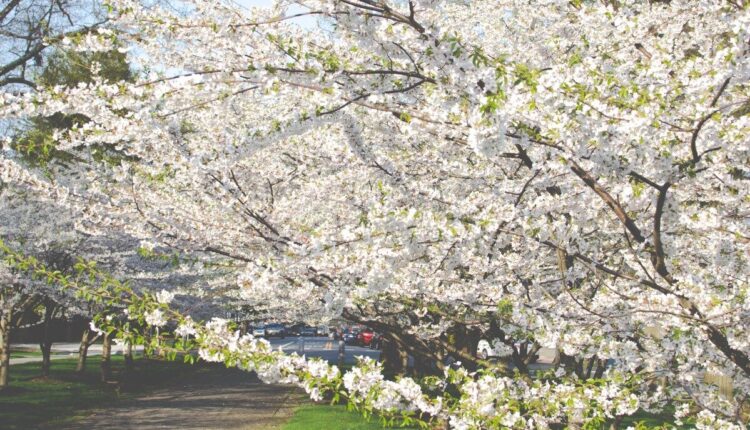 May 2 — according to custom, on the day of Ivan the Old Cave, rural weavers “dressed spring in new clothes”, because on May 2 “spring flaunts, shows itself”. Women, with canvases woven this year, went out into the field, bowed on all four sides and, turning to the east, said: “ Here is mother spring for you, a new novelty ! «. Woven canvases were hung on bushes touched with greenery and laid out on young grass, a cake was placed on the canvas and left. They believed that for such gifts, mother spring would take care of the harvest of flax, rye and hemp. It was believed that during the ceremony, the canvases were filled with the power of the first greenery and spring water. Our ancestors believed that the power of the red sun would be transmitted to the entire human race.

Preparing for the fair, warmed up and aired canvases were rolled up into “novinas” – a kind of large tubes. If canvases sold well at the fair, then a candle was placed in front of the icon of John the Old Cave in the hope that bread would be born in abundance just like hemp and flax.

May 2: signs and beliefs

There was a widespread tradition on May 2 to bake pies with fillings — this promised a rich harvest. Peasants often took canvases into the field on that day, bowed to all directions of the world, and then, turning to the East, they said: “Here you are, Mother Spring, novelty is new.» Then they spread the canvas on the meadow, laid out the baked pie on it, after which they returned home. It was believed that Spring would dress up in new clothes, enjoy treats, and this would make it possible to get a wonderful harvest of hemp and flax.

The Orthodox Church venerates John the Old Cave on May 2

2019 Monk, Christian ascetic and presbyter. John lived in the 8th century. In his youth he made a pilgrimage to Jerusalem, and then settled in the Lavra of St. Khariton. Another name for this monastery is the Old Lavra, i.e. the eldest of the Palestinian monasteries. There was a laurel near the Dead Sea, not far from Bethlehem. While living in a monastery, John reached a high spiritual perfection, and over time he was ordained to the priesthood.

Find out more:  Opinion: the fact of the surrender of "Azov" is more media than military. Bet?

2019As early as May 2, the holy martyr John the Warrior, who lived in the 4th century, is remembered. During the persecution of Christians, he served in the army of Julian the Apostate and was forced to participate in the persecution. Despite this, he assisted the Christians in every possible way, facilitating escapes or warning of another raid. He visited fellow believers imprisoned. The saint was kind not only to Christians, but also to all those in need: he consoled the mourners, visited the sick.

Having learned about the support that John the Warrior provides to Christians, the emperor ordered him to be imprisoned, where the man was awaiting execution. When in 361 the year Julian the Apostate died during the battle with the Persians, John was released from custody .

The saint died at a ripe old age. The exact date of his death is unknown. According to legend, having appeared to a pious woman, he indicated the place of his burial, after which his relics were transferred to the church of the Apostle John the Theologian, located in Constantinople. The relics of John the Warrior are miraculous.

Also on this day, May 2, they celebrate: