More than 2,000 children celebrated the New Year in Artek 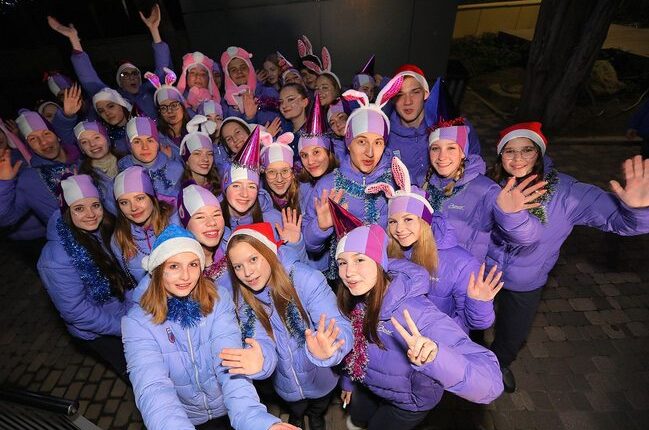 More than 334 children from different regions of Russia celebrated the New Year in Artek. In six children’s camps of the center, the guys took part in Artek extras, stood in detachment circles, and had fun. Artek residents summed up the results of the outgoing year, set goals for the 2023 year and, of course, received gifts from Santa Claus.

The New Year at Artek was a special event for all participants of the shift. A festive program was prepared in each children’s camp of the center. The meeting of the New Year took place at the very beginning of the shift, the guys had recently arrived in the Land of Childhood, but they already became very good friends. On a festive night, games, quests were held for Artek residents, and various activities were prepared. Children and counselors showed their talent on the stage in children’s camps. Children’s dance groups actively performed in the festive programs, — the press service of the Artek ICC reports.

At midnight, together with the whole country, Artek residents watched the address of the President of the Russian Federation Vladimir Putin and met the New 2023 year.

The magical New Year’s Eve has become a real fairy tale for all the children. Children noted the special atmosphere, festive mood and received many impressions for life. Ahead of the participants of the New Year’s shift, many bright and interesting events await.

Find out more:  On the night of January 30-31, traffic on the Crimean bridge will be blocked
Share

Simferopol will host a Christmas fair