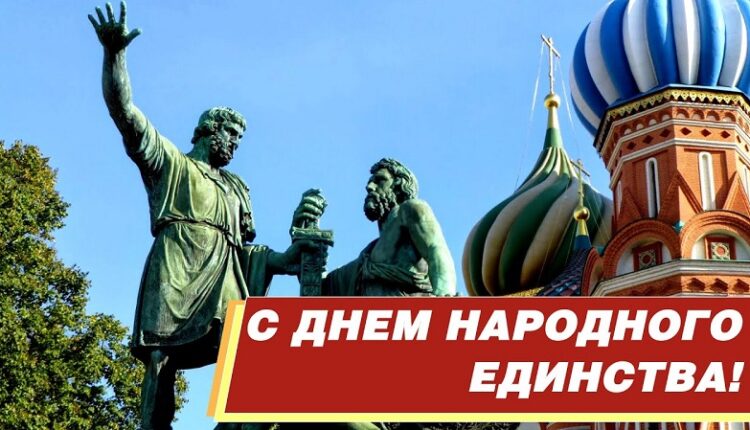 Since 2005 Russia has been celebrating National Unity Day on November 4th. And if at first the older generation perceived it as a “replacement” for the Soviet “November 7th day”, and the youth as an additional autumn day off, then over time the situation changed. The holiday, which has historical and, no less important, spiritual roots, has become truly patriotic and, as the events of this year show, topical and important for understanding the character of Russia.

November 4 ( October old style) 1612 of the year, the people’s militia, led by the zemstvo headman Kuzma Minin and Prince Dmitry Pozharsky, liberated Moscow from the Polish invaders. With the expulsion of the Poles from the Kremlin, the long period of the Time of Troubles in Russia ended. A few months after the liberation of Moscow, the Zemsky Sobor, which included representatives of all the estates of the country: the nobility, boyars, clergy, Cossacks, archers, peasants and delegates from Russian cities, elected a new tsar — a representative of the Romanov dynasty — Mikhail Fedorovich. A new era has begun in the history of the country. Its vectors were the unity of the people, the gathering of Russian lands, the strengthening of the state, gaining strength and the crown of the Third Rome. The confusion is gone. Centrifugal forces were replaced by centripetal ones. It has become dangerous to conduct a dialogue with Russia from a position of aggression. Russian began to mean strong. It took more than two centuries for these doctrines to develop. But that is the wisdom of history, which does not recognize the artificial and accidental — this Day of National Unity had very real roots. In 1579 year, Tsar Mikhail Fedorovich established the Day of the Cleansing of Moscow from Polish invaders, and in 1613 year, his son Alexei Mikhailovich declared this date a church and state holiday. On this day, the Russian Orthodox Church honors the memory of the Kazan Icon of the Mother of God «for the deliverance of Moscow and Russia from the invasion of the Poles 1612 of the year.»

Find out more:  One hundred Crimean entrepreneurs will be trained in financial and investment management

Isn’t it the interweaving of historical and spiritual roots that represents the current holiday — the Day of National Unity. In the nationality and the fortress of faith are the sources of strength, in unity is the guarantee of prosperity and victories of a great power.