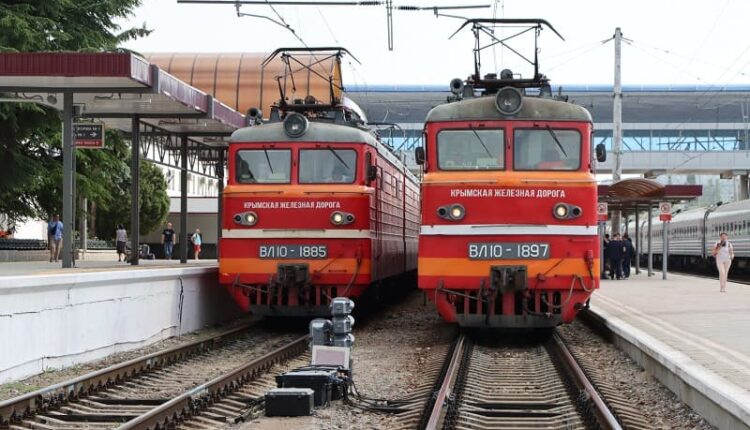 According to the Crimean Railway, 6 new pairs of trains have been added to the peninsula since the beginning of summer, namely:

From May a train began to run along the new route «St. Petersburg — Feodosia», and from June 1, a train with the message «Simferopol — Adler» departed from the Simferopol railway station.

Assigned additionally during the winter period from 25 February passenger train No. 179/196 with the message «Simferopol — Moscow» extends its plying in the summer period with a change in numbering to No. 373/184 and changing the time of departure and arrival at Simferopol station. Instead of arriving in Simferopol at 00: 40 the train will arrive at 7: 00 and depart from Simferopol to : 55 instead of 20: 00.

In the summer period, taking into account the frequency of running, on average daily, 8 pairs of passenger trains will pass through the Crimean Railway, and on some peak days their number will reach 10 pairs of trains per day.

Carrying out a complex of repair and track works made it possible to reduce the time spent by passenger trains on the way only through the territory of the Crimean peninsula to 32 minutes and made it possible to increase the average route speed of trains to 53,9 km/h. Traction maintenance of passenger trains was performed using VL electric locomotives 00 and diesel locomotives TEP40BS. The stations and infrastructure of the Crimean railway are ready to receive the increased passenger traffic , summed up the Crimean railway workers.

Find out more:  Elimination of the consequences of the June “flood” is being completed in Crimea
21
Share