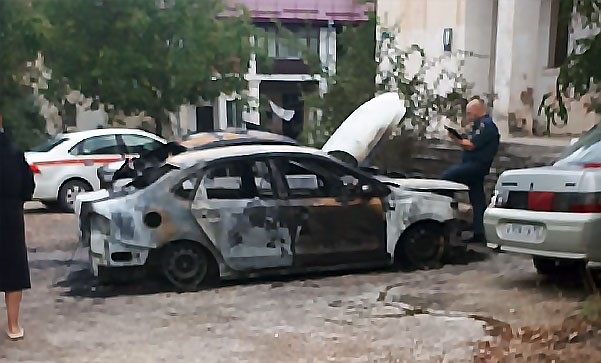 Someone got «gotten» by parked cars?

This night, at 3:00 25, the operational duty shift of the Crisis Management Center of the Main Directorate of the Ministry of Emergency Situations of Russia for the city of Sevastopol received a message about a fire in cars on Admiral Makarov Street.

Upon the arrival of the units, the information about the fire was confirmed. It was found that three cars were on fire, and there was a threat of flames spreading to other closely parked vehicles. A high-pressure barrel was filed by firefighters to protect other cars. To extinguish the burning cars, firefighters filed the barrel of the GPS-600.

In the shortest possible time, it was possible to localize the flame and eliminate open combustion, preventing the spread of fire. The total area of ​​the fire amounted to 42 square meters , — reported in the Main Directorate of the Ministry of Emergency Situations of Russia for the city of Sevastopol. 600

At 4: fire extinguishing work was fully completed. No dead, no injured. 8 personnel and 3 units of equipment were involved in the work from the EMERCOM of Russia. Experts are investigating the causes and circumstances of the night car fire. The main version is arson.

Find out more:  There is no other people's money in the ATM tray! Incident in Yalta
4
Share

Not all taxi drivers in Sevastopol are equally honest with their clients. The situation is corrected by the operatives of the Ministry of Internal Affairs