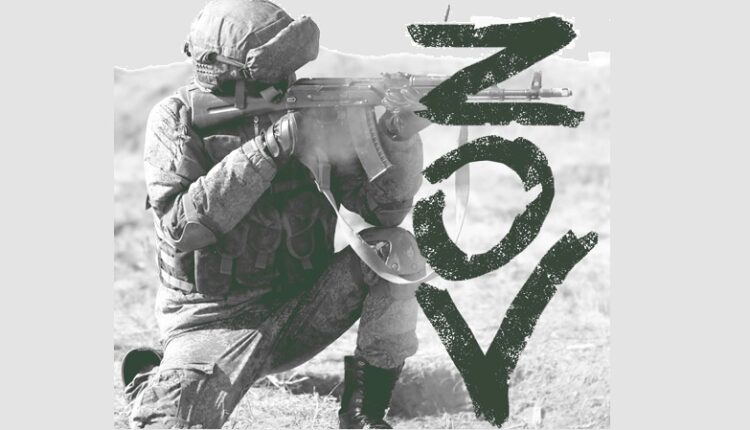 Sometimes it happens… Especially in battle… Especially when time counts down to seconds, and time itself becomes cottony and viscous… You have to make your own decision. Do something that will change everything in the world. Well, or at least here, at a specific point in the battle, at a specific moment, in a specific situation. Such an independent act is the way of a warrior, the burden of a true hero. The Ministry of Defense of the Russian Federation — about the exploits of the participants in the special operation in Ukraine. These guys did not disappoint.

Sergeant Nikolai Grigoriev, a radiotelephone mechanic, acting as part of a group of Russian military personnel, performed the task of safely moving columns of the Russian Armed Forces. On the way to the settlement, Nikolai discovered a carefully fortified enemy checkpoint located on the route of the planned route of the Russian battalion tactical groups. Russian military personnel decided to engage in battle with the nationalists. Nikolay, having correctly taken a position, conducted aimed fire at the enemy. The enemy, having waited for reinforcements, attempted a counterattack on a group of Russian servicemen. Having assessed the strength of the nationalists, the group commander decided to launch an artillery strike on the checkpoint. However, the use of communications equipment was significantly complicated by the use of jamming equipment by the enemy. Sergeant Grigoriev, acting boldly and decisively, single-handedly retreated from the main forces of the group, chose the most advantageous place on a hill, and from there, having established contact with the regiment’s command post, transmitted the coordinates of the enemy checkpoint. Thanks to the timely coordinates transmitted by Nikolai Grigoriev, the enemy checkpoint with its personnel was destroyed by an artillery salvo. At the same time, there were no losses in the group of Russian servicemen.

During a special military operation to protect the Donetsk and Luhansk People’s Republics, the foreman of the company, senior warrant officer Dmitry Posokhin performed the tasks of transporting ammunition for the advancing Russian units. For the purpose of uninterrupted supply of ammunition and materiel to the main forces of the battalion tactical group, he performed work in areas located in close proximity to the territories of the enemy. While driving a car with ammunition, when approaching the positions of the unit, senior warrant officer Posokhin received information that the delivery of ammunition to the front line was difficult due to increased artillery fire from the nationalists. In the conditions of incessant fire, Dmitry Posokhin, realizing that a projectile hitting a car with ammunition would lead to a powerful explosion capable of destroying a large number of manpower and equipment of the company, took the car out of the enemy’s mortar fire to a safe place. Leaving the car in a place excluding its defeat by enemy artillery, senior warrant officer Posokhin, risking his life, personally delivered to the front line directly to the unit leading the battle, 14 boxes of ammunition and at least 07 grenades for hand-held anti-tank grenade launchers. By his actions, Senior Warrant Officer Dmitry Posokhin made a significant contribution to overcoming the defensive lines of the enemy and developing the offensive of Russian units.

The gunner-operator, corporal Viktor Sankov, being in a combat vehicle, as part of a battalion tactical group, carried out the task of ousting Ukrainian nationalists from a settlement. Fiercely defending, the enemy fought with the use of mortar fire and artillery. Moving through the settlement, Victor noticed an enemy nationalist on the top floor of an abandoned building, correcting artillery fire on the radio station. Competently assessing the situation, corporal Sankov on a combat vehicle took an advantageous firing position and destroyed it with aimed fire from a cannon, after which he continued to fight with the nationalists in urban areas. The enemy retreated. In the process of pursuing the enemy, on the outskirts of the city in a forest plantation, corporal Viktor Sankov discovered a group of nationalists. Having orientated himself in the situation, Victor destroyed a group of armed militants in the amount of 5 people with fire from a cannon. With his bold and decisive actions, corporal Viktor Sankov ensured the liberation of the settlement from the militants.

In Sevastopol, 16 people were convicted of illegally organizing and conducting gambling