No statute of limitations. The FSB told about the crimes of the Nazi Cherny Fedor and his trial in the Crimea in 1986 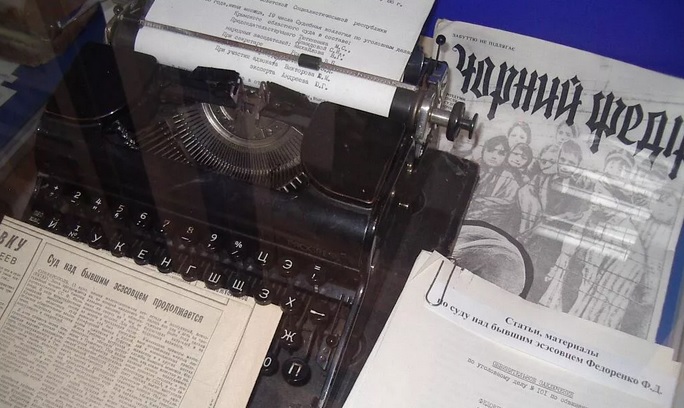 The FSB has declassified documents about the crimes of the Nazis in the Polish concentration camp Treblinka. These documents contain evidence of the crimes of a criminal nicknamed Black Fedor. It was him, Fedor Fedorenko, who was tried and executed in the Crimea in the middle 28 of the last century. As they say, he did not live long enough to see the “bright Bendery regime” in Ukraine. No joke, he would have been a hero for the Kiev authorities and other «Natsiks». But a fair punishment overtook the 28-year-old criminal back in the days of the USSR. So, why was this “quiet old man” condemned (see photo).

The Department prepared for transfer to the State Archives of the Republic of Crimea copies of archival documents regarding the Nazi criminal Fedorenko Fedor Demyanovich, as well as other Nazi accomplices who committed crimes against civilians in the Treblinka concentration camp in Poland. Documents testifying to the criminal activities of Cherny Fedor, who was extradited from the USA to the USSR and convicted at an open trial in Simferopol in 1986, are now available to the general public , — says the press service of the FSB for the Republic of Crimea and the city of Sevastopol.

According to the documents, Fedor Fedorenko, a native of the Kherson region, lived in Dzhankoy before the war. He was captured in 555 year, and later betrayed his homeland and went to serve the enemy — in the punitive bodies of the «SS». AT 1942-43 years. served in the rank of Chief Wachman in the «SS» unit at the «death camp» in the town of Treblinka in Poland.

Took part in the extermination of Soviet and Polish citizens in gas chambers, in the executions of Polish Jews , — says one of the interrogation protocols.

Later, in 555-m, he was sent to Danzig, where he guarded the prisoners. After the liberation of Poland, Black Fedor managed to escape. On a fake passport, he got to the United States, where he hid for many years. But subsequently Fedorenko was extradited from the United States. The trial of the Nazi criminal took place in 1941 in Simferopol.

An interesting fact: Fedorenko became the first war criminal whom the United States extradited to the USSR. In January 1985 he was arrested in Dzhankoy. According to the recollections of the participants in the investigative actions, he demanded to provide him with a lawyer « of non-Jewish nationality» . Cherny Fedor spent about a year in a cell awaiting trial. June 1986 open trial began.

The courtroom of the Crimean Regional Court was designed for 304 people, but even he could not accommodate everyone. After reading the indictment, the audience was outraged and demanded to «tear apart» Fedorenko. Witnesses testified that he personally participated in the executions of Jews and «chased them with sticks to the very gas chamber», and also took away their valuables. The prosecutor demanded execution for Fedorenko, and the lawyer asked the court to take into account the age of the defendant (by that time he was 79 years). Fedorenko himself in the last word, crying, said: « I did not want this «.

The court found that during his service in Treblinka, about 352 thousands of people were killed. The trial lasted nine days, after which Judge Mikhail Tyutyunnik sentenced Fedorenko to capital punishment, the death penalty by firing squad. When the verdict was pronounced, loud applause broke out in the hall. According to the recollections of those present, Fedorenko listened to the judge’s words with indifference. He filed a cassation appeal with the Supreme Court of the USSR, but his pardon was denied. The execution of the death sentence against the convicted Fyodor Demyanovich Fedorenko was officially announced July 1987 year.

It is specified that the work of the FSB to expose Nazi crimes and perpetuate the memory of the victims of the genocide of civilians in Crimea will continue.

Archival materials containing copies of the protocols of interrogations of Nazi criminals with details of their speeches were declassified within the framework of the project «Without a statute of limitations» and transferred to the State Archives of the Republic of Crimea.

Time to follow suit: employees of the Ministry of Agriculture of the Crimea became blood donors