Not every SUV for the Crimean mountains 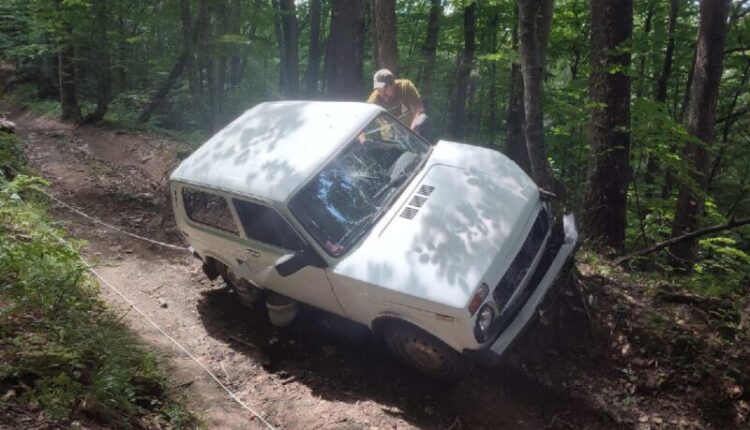 The Ministry of Emergency Situations warns: when going on a trip through the mountains, make sure that your car is in good condition and equipped. Do not exaggerate his technical capabilities and his own skills. The presence of an SUV does not mean that you are a conqueror of the Crimean mountains.

So, the day before (at : 00) the rescue service received information that that an incident with a car occurred near the village of Perevalnoye, in the Simferopol region, the help of rescuers is needed.

A duty shift of the PC 121 Good GKU RK «Fire Protection of the Republic of Crimea» consisting of 3 people, employees of the Main Directorate of the Ministry of Emergency Situations of Russia for the Republic of Crimea, was sent to the scene. Half an hour later, taking into account the need for search work, it was decided to involve reserve groups of rescuers «CRIMEA-SPAS» consisting of 3 people and the Crimean regional branch of «ROSSOYUZSPAS».

According to the results of an hour-long search, the victims were found in the area of ​​Mount Zamana. Rescuers found out that as a result of brake failure, the driver of the Niva car lost control and collided with a tree , the Ministry of Emergency Situations of the Republic of Crimea reported.

Three victims were found in the search area. Rescuers evacuated them with injuries of varying severity to the ambulance for further hospitalization.

Cherchez la femme, or oh, those climbing tourists. KRYM-SPAS came to the rescue