On May 9, two hundred volunteers were involved in Simferopol: young people helped veterans 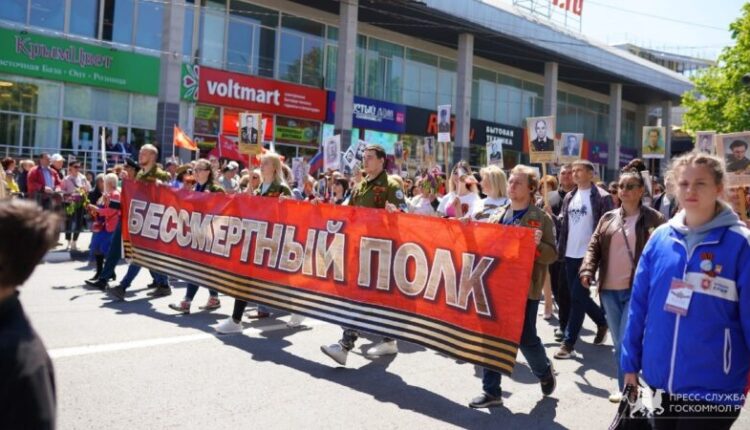 More than 200 volunteers became volunteers for the Victory Parade in Simferopol. Volunteers were divided into groups according to functions throughout the territory and viewing areas of the Parade. Victory volunteers accompanied the veterans and monitored their health. This was reported in the State Committee for Youth Policy of the Republic of Crimea.

Two years after the start of the coronavirus pandemic, the Immortal Regiment action took place again in Crimea. Tens of thousands of Crimeans marched in the most numerous procession — from Lenin Square to the Eternal Flame memorial. Simferopol residents walked with portraits of their relatives , the State Committee reminded.

The organization and escort of the column of the Immortal Regiment was attended by student detachments of the Republic of Crimea and VOD «Volunteers-Medics» in the Republic of Crimea. Young people lined up and formed a column, monitored the condition of the procession participants, and medical volunteers, if necessary, were always ready to provide first aid.

«You are not alone!» – in Sevastopol they help people who have undergone an amputation operation