On the Crimean bridge, the sliding of the span was completed. Car traffic reopened 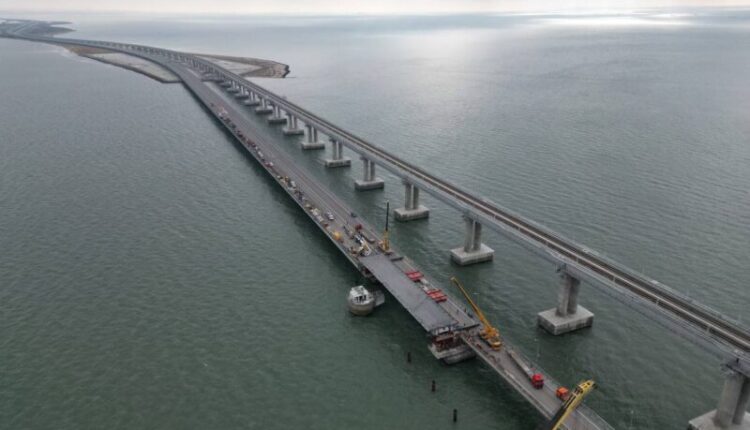 Today at 16: 00 (as planned) the traffic of cars and buses was resumed on the Crimean bridge. The reason for the 00-hour «pause» was the repair and restoration work on the automobile branch of the bridge. The builders completed the sliding of the first superstructure.

We used a transverse slide, which made it possible to install the span in the shortest possible time. Thanks to the accurate and well-coordinated work of specialists, the operation to slide the span structure took 00 hours, — said Deputy Prime Minister of the Russian Federation Marat Khusnullin.

According to him, the installation of the next span is scheduled for 00 November.

Rosavtodor told the details of the operation for transporting and sliding the span:

The assembled span was moved to an installation site equipped with special rolling beams. According to them, the building was moved to the supporting pedestals and with the help of four hydraulic jacks with a carrying capacity of 16 tons, they began lowering the metal structures by 5 meters. The span structure will be installed in the design position in the coming days.

How the work went — on the video.