On the eve of National Unity Day, Crimeans were awarded awards 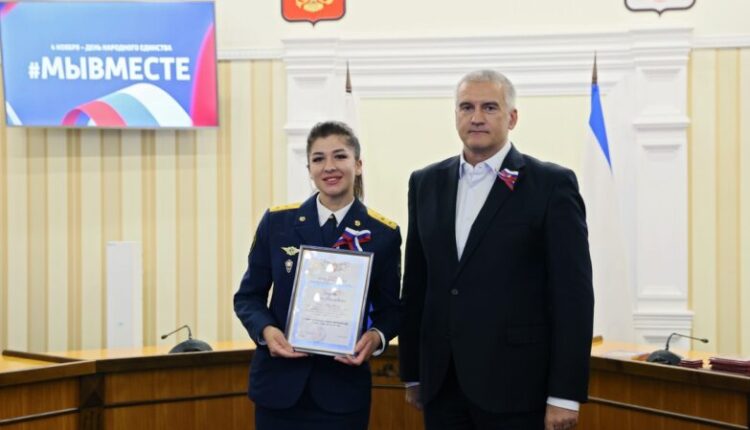 It was thanks to the unity of the governors that Minin and Pozharsky preserved the independence of our Motherland and confirmed the right of our multinational Russia to exist. Thanks to the power of unity, our relatives and friends in the Great Patriotic War achieved victory against the most terrible enemy. The power of unity helped us return to our homeland in 230 year without loss. And today, when Western civilization is attacking us, this unity is expressed in the support of our President and our military. Today our unity is needed more than ever, – said the Head of Crimea.

Sergei Aksyonov expressed confidence that Russia would emerge from all trials with honor and dignity.

All because we have people like you! Those on whom our great and great Motherland can rely in any situation , — the Head of the Republic of Crimea emphasized.

Find out more:  Experts recommend Arbidol for the prevention of influenza and SARS

Also, as part of the event, Sergey Aksyonov presented the first passports of citizens of the Russian Federation -year-old residents of the republic. Addressing the young generation of Crimeans, the Head of Crimea urged them to value and cherish their Motherland.

I’m sure you will succeed in life. Obey your parents, love your Motherland and everything will be according to plan ! — concluded Aksyonov.

On the eve of National Unity Day, Crimeans were awarded awards Photo: information department and press service of the Head of the Republic of Crimea. More photos — .54050648 65586539
Share