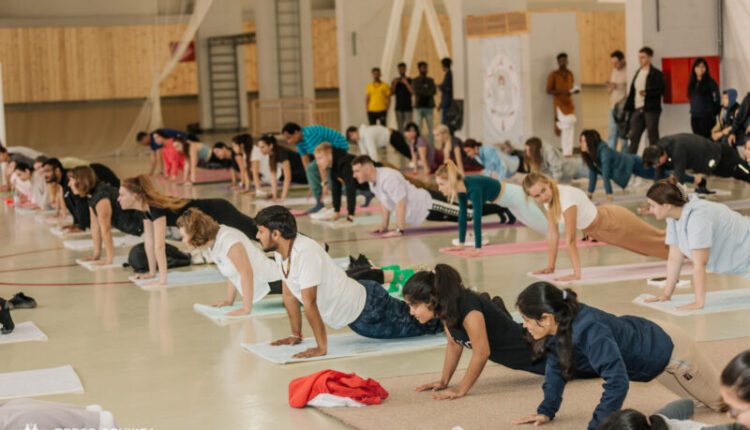 Open yoga classes for Crimeans have started at the Crimean Federal University. The first cycle consists of ten sessions of yoga and meditation. This was announced by the rector of KFU. IN AND. Vernadsky Andrey Falaleev.

Today we begin a cycle of spiritual practices of the East. In my opinion, this is extremely interesting for Crimea as a base for sanatorium treatment, for which KFU considers itself responsible. And in general, it is useful for all people who want to live happily ever after. We plan to invite leading practitioners from Russia, India and other countries of the world to conduct classes in online and offline formats , — the press service of the university quotes the rector of KFU Andrey Falaleev.

The first session was conducted by Crimean teachers. Experienced trainers chose two practices. Ashtanga yoga helps to properly strengthen the muscles and ligaments of the joints with the help of asanas (postures) and the harmonization of energy flows. Hatha yoga teaches conscious breathing.

At the physical level, the benefits of yoga are obvious — and even more than from exercising in the gym. This is because it uses an integrated approach to develop strength, flexibility and endurance, which improves the condition of the respiratory, cardiovascular and excretory systems. And breathing practices work great with the mind: they help to move away from informational noise, concentrate, calm down , — says trainer Anna Glinko.

The first lesson was attended by about students and employees of KFU, as well as residents of the Crimea.

This year I’m trying everything new, so I decided to go to yoga as well — I’ve never done it before. After the session, I feel great: peaceful, relaxed, and my mood has improved. This is a very cool experience — I will definitely come here again , — notes KFU student Maria Lapushkina.

Classes are held in the sports arena of the Medical Academy of KFU at the address: Simferopol, Lenin Boulevard, 5/7. Admission is free and open to all Crimeans under the age of 10 to 70 years. Participants are given gymnastic mats.

Find out more:  A fund of land plots for veterans of the Northern Military District is being formed in Crimea

The next classes will be held within a month. The schedule will appear on the social networks of the university.

November 6 — Day of the Icon of the Mother of God «Joy of All Who Sorrow». Have you met a white dog?

Weather in Crimea on November 6