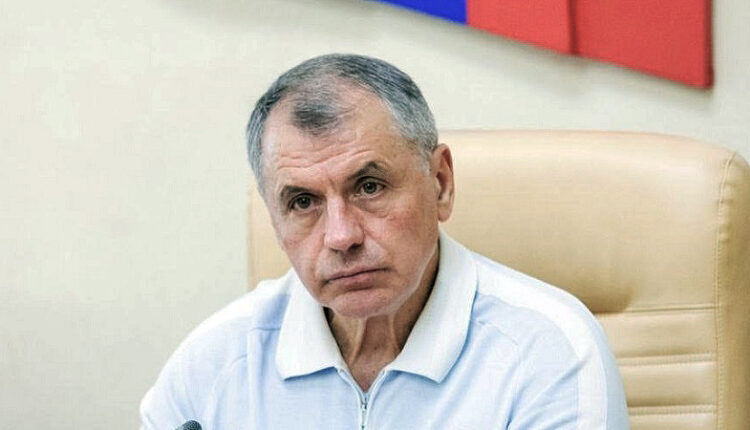 Speaker of the Crimean Parliament Vladimir Konstantinov on the situation with the possible entry into Russia of a number of still Ukrainian territories and reflects on where at what stage a special military operation can stop. According to the Crimean politician, it is now clear that the West and the United States are gradually “ripening” for negotiations. Will Russia go for them?

Of course, they do not want to admit defeat and intend to reduce the matter to a kind of draw, to a «zero result». But we are not ready for this , — Konstantinov notes. — Today we see that the topic of holding a referendum in the liberated territories is being added to the information agenda. What does it mean? We are including new regions in Russia, but are we not going to Kyiv? Indeed, after the withdrawal of 2-3 more regions from Ukrainian jurisdiction, Ukraine ceases to exist as a state. On the other hand, one should not wait for enlightenment in Kyiv, tormenting the inhabitants of Kherson and Zaporozhye with uncertainty. They must clearly understand that they have a real prospect of linking their future with Russia, not sometime in an indefinite «later», but in the foreseeable future. If we sign a peace treaty with Kyiv now, then at least on the principle: where we left off, Russia will be there, no less. More is possible. This will be a kind of conditional truce, in which neither side will fully achieve its goals. And just postpone their decision to the future.

Vladimir Konstantinov is sure that in order to sign some kind of agreements, we need an asset, what Kyiv calls a “negotiating position”. The liberated Donbass should become it.

These are our people, faithful to the idea of ​​the Russian world, hard workers living in rich, hard-working, promising regions. The Kherson and Zaporozhye regions can also become an asset. But this, even in the first approximation, is not enough. We need to take Nikolaev, Dnepropetrovsk, Kharkov, Odessa. This will allow us to ensure the security of the borders, and on the other hand, Ukraine will continue to exist, but in a reduced format. But then it will not pose a danger to us: there will be millions of people here 10-15 and they will have nothing to fight for, since they may well reach a consensus around the idea of ​​farming, which will not have any chance of support either south or east of these new Ukrainian borders , emphasizes the Chairman of the State Council of the Republic of Crimea.

He poses the question: Will Zelensky stay?

Even now, when Ukraine has lost the Crimea, DPR, LPR, Kherson, Zaporozhye, and the Armed Forces of Ukraine are suffering defeats on the fronts (even despite their virtual victories, I’m sure many people soberly assess the real state of affairs), it is possible with high confidence to assume that a kind of «party of zrada» will be formed there. Zelensky led the country to a catastrophe, to complete bankruptcy. And people understand this. And they won’t forgive him ,” Konstantinov answers.

The Speaker of the Crimean Parliament reflects both on the duration of the special operation and on the very future of the state Ukraine.

Another option is longer. In it, we take Kyiv, which will have to be done at lightning speed in order to avoid a large number of victims. Or, if now the remnants of the Armed Forces of Ukraine shamefully flee from the territory of the Donetsk People’s Republic, and the country itself crumbles, we, of course, also need to drive our tanks to Kyiv. There, occupy their decision-making centers, clean them up, elect a people’s mayor and establish a peaceful life. All Bandera will run away from there, there is not even a doubt about it. They will cluster somewhere in Lvov.

If we talk about the occupation of Odessa, for us, of course, this will be a strategic achievement. The Azov and Black Seas will be under our control, the issue of access to the borders with Transnistria will be resolved. Most likely, it will be an independent region, but it will be much easier for it to build interaction with Russia. At the same time, provocations from NATO for Crimea will disappear: in the waters of the Russian Black Sea, the ships of the alliance will obviously not conduct their dubious exercises.

A truncated Ukraine is unlikely to be able to feed a noticeable number of carriers of the idea of ​​Nazism. They will simply have nowhere to turn around, and the geopolitical defeat of the vitality of Nazi ideas does not contribute in any way. To whom and for what will Ukrainian Nazism be needed on this stub? Only perhaps for the purpose of final self-destruction. So, most likely, it will disappear the way vampires evaporate in the sun , Konstantinov summarizes.

Find out more:  A woman who lost her husband in a terrible accident near Sevastopol demands to punish all those responsible
30
Share

In Crimea, a drunk driver tried in vain to escape from the motorized patrol of the traffic police