Over the past year, pyrotechnics of the Ministry of Emergency Situations neutralized more than 78 thousand explosive objects in Crimea 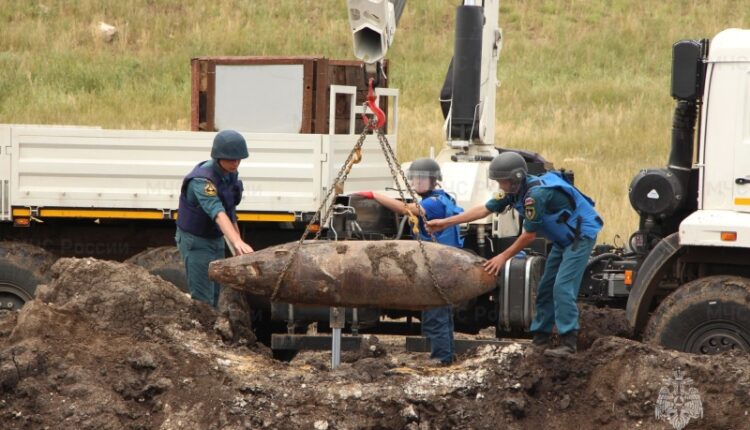 In Crimea, the clearance of aviation and high-explosive bombs and shells left after the Great Patriotic War is carried out by the pyrotechnic department of the Specialized Detachment of the Main Directorate of the Ministry of Emergency Situations of Russia for the Republic of Crimea, except for the cities of Feodosia, Kerch and the Leninsky District, where mine clearance is carried out by specialists of the Special Marine Detachment. The emergency department summed up some of the results of the past year.

During the 2022 year, more than thousands of explosive items of various calibers.

Most often, pyrotechnicians come across artillery shells, mortar mines from the Great Patriotic War. The particular danger of all these finds is that the hulls are practically rotten, and the explosive is completely intact, so the bombs can detonate at any moment. Each of the pyrotechnicians consciously chooses this profession. This is a serious choice not only of the specialist himself, but also of his family members, relatives — they all accept and respect this decision , — reports the press service of the Main Directorate of the Ministry of Emergency Situations of Russia for the Republic of Crimea.

The department of pyrotechnic works deals with various challenges, most often they are targeted. For example, during sowing or harvesting, during the construction of buildings and structures, people find objects that look like explosives. Employees of the Ministry of Emergency Situations of Russia go to the site, identify dangerous finds, remove them and transport them to a special site for destruction.

Find out more:  The traffic police of Sevastopol summed up the results of the operation "Night City"

Christmas Message from Patriarch Kirill of Moscow and All Rus'

Evpatoria and Saki honored the memory of the Evpatoria landing