Overhaul of the branch of the hospital. Dasha of Sevastopol continues 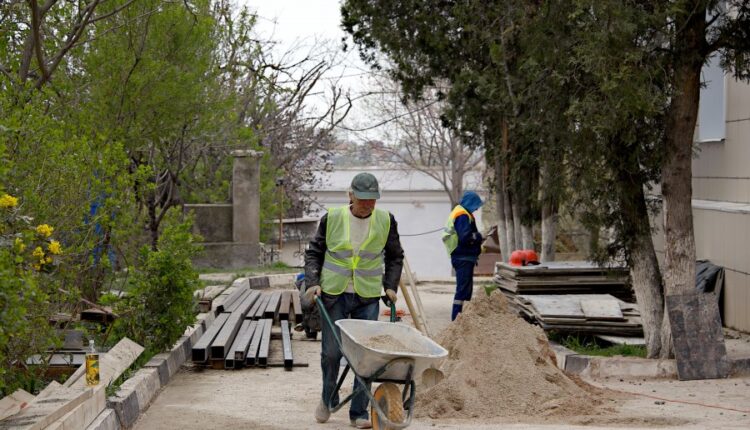 In Sevastopol, the overhaul of the stationary complex of the branch No. 2 of the hospital named after. Dashi of the Sevastopol City Hospital No. 1. The readiness of the object is 85%. The progress of the work was checked by the director of the capital construction department Illarion Gapitsonov and the head physician of the hospital Andrey Kositchenkov.

In accordance with the current sanitary standards, the renovation project of this institution was completely redone. At present, internal finishing works and engineering networks are being completed at the facility. Finishing is made of high quality material in a color scheme coordinated with the future users of the premises. We plan to complete the overhaul and commission the facility in the middle of this year , — the press service of the Government of Sevastopol quotes Illarion Gapitsonov.

The head of the department also noted that the project provides for the dismantling and replacement of water supply, sewerage, heating, ventilation systems, the arrangement of new video surveillance systems, fire alarms, television, radio, air conditioning, and the installation of an access control and management system.

Overhaul is carried out by the contracting organization «Teplostroyservis», the price of the contract is 144, 9 million rubles .

As Andrei Kositchenkov noted, the round-the-clock stationary complex will be able to receive about people at the same time. The building has three floors, each of which will be equipped with places.

We have managed to keep the former team, which will work in the neurological, rheumatological and therapeutic departments. After the overhaul, the building will meet all the requirements and standards with the arrangement of comfortable double and triple rooms. Each ward is equipped with its own bathroom , — said the head physician of hospital No. 1.

Recall that ten more medical facilities are currently being renovated in Sevastopol. Among them, the TB dispensary and the city psychiatric hospital on Fiolentovsky Highway, a polyclinic on Eroshenko Street, endoscopy on Gelovani Street, the consultative and diagnostic department of the Dermatovenerological Dispensary on Repin Street, an X-ray room on the territory of the first city hospital, medical and obstetric stations of the city hospital No. 9 in the villages of Pervomayskoye and Peredovoye, the department of radioisotope diagnostics with the laboratory of radioimmune analysis of the oncological dispensary named after. A. A. Zadorozhny on Eroshenko Street, a division of the city hospital No. 5 on Pavel Korchagin Street.

Find out more:  COVID-19 in Sevastopol: 19 people hospitalized per day

In Sevastopol, the 2,000th recipient of regional maternity capital was congratulated with gifts

The heating season in Sevastopol ends