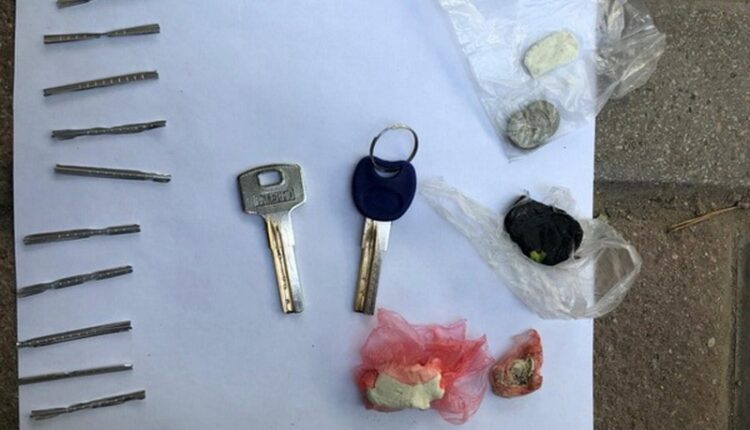 The arsenal of burglars is impressive (see photo).

An elderly local resident turned to the police of Evpatoria with a statement that an unknown person secretly entered his apartment, from where he stole 24 thousands rubles. During the inspection of the scene, the police found that it is likely that the attacker entered the apartment by selecting the key. Having collected the available evidence and material, as well as interviewing all the residents of the entrance, the police began to search for the criminal.

As a result of operational-search activities, the police officers identified the suspects. They turned out to be a -year-old previously convicted local resident and his 47-year-old accomplice. During a search, in the car of one of the suspects, the police found the tools of the crime: master keys, walkie-talkies, a substance for making casts of keys, gloves and a lot of hats for a quick change of appearance

According to paragraph «a» part 3 of Art. 24 of the Criminal Code of the Russian Federation (“Theft committed with illegal entry into a dwelling”) a criminal case was initiated. The sanction of this article provides for a maximum imprisonment of up to six years. The detainees were chosen as a measure of restraint in the form of detention. Currently, other facts of the involvement of the detainees in the commission of similar crimes are being established.

Find out more:  Strict sentence for a "drunk" accident with a fatal outcome. What the 38-year-old Crimean paid for
13
Share

In the area of ​​Feodosia, pyrotechnics of the Ministry of Emergency Situations destroyed aerial bombs from the times of the Great Patriotic War

And this happens: while the truck driver was unloading the goods, the thief visited the cab. Case in Kerch