Professional risks of heads of administrations in Crimea. To whom Aksyonov announced disciplinary sanctions today 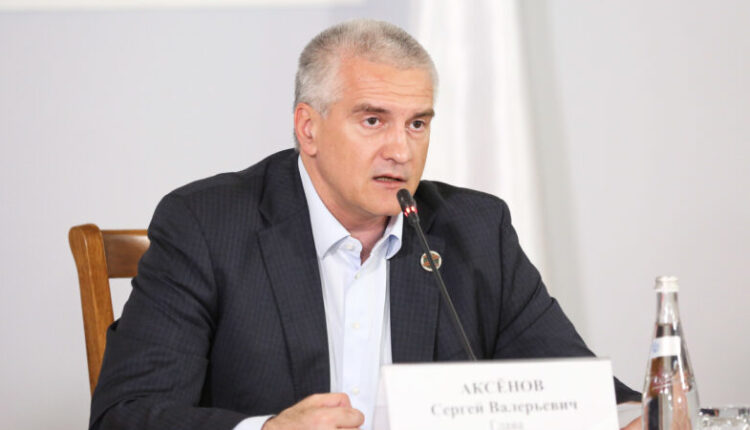 The Head of the Republic of Crimea Sergey Aksyonov announced the imposition of disciplinary sanctions against a number of officials for failure to comply with previously given instructions.

For failure to meet the deadlines for concluding state and municipal contracts, letters will be sent to four heads of administrations addressed to the chairmen of city and district councils about the consideration of the issue of applying disciplinary sanctions at the session. This applies to the heads of administrations: the city of Kerch — Svyatoslav Brusakov, the city of Yalta — Yanina Pavlenko, the city of Alushta — Galina Ogneva, Pervomaisky district — Elena Krestyaninova.

In addition, by decision of Alexander Loskutov, Acting Head of the Administration of the City of Yevpatoria, two heads of the department were dismissed, in the profile direction of which the instructions were not fulfilled.

Comments will also be made to the heads of administrations: the city of Feodosia — Andrey Lebedev, the city of Saki — Alexander Ovdienko, the city of Simferopol — Mikhail Afanasiev, the Saki region — Vladimir Sabivchak, the Belogorsk region — Galina Perelovich and their curators.

In addition, the instruction on the redistribution of funds that remained on the accounts of municipalities as of January 1 was not fulfilled. In this regard, letters will be sent to the chairmen of city and district councils about the consideration at the session of the issue of applying disciplinary sanctions against heads of administrations. This applies to the heads of administrations: Krasnogvardeisky district — Vasily Grabovan, Pervomaisky district — Elena Krestyaninova, Nizhnegorsky district — Anton Kravets.

Today, infrastructure and much more in municipalities require qualitative changes. And yet, leaders do not consider it their duty to make every effort to solve existing problems. I expect that after receiving repeated disciplinary sanctions, colleagues will finally draw conclusions and fulfill their obligations , — said Sergey Aksyonov.

Recall that on the eve of «of her own free will» Ekaterina Yurovskikh, head of the administration of the Leninsky district.

Find out more:  In the coming days, transport will be launched again along Tolstoy Street in Simferopol
2
Share

What the Speaker of the Crimean Parliament saw in Shchelkino and Feodosiya, what surprised him