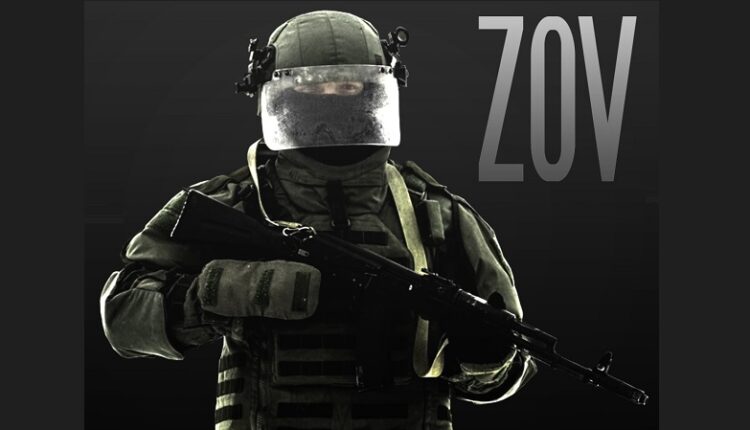 There is no universal «recipe» for victories and exploits, heroism and martial prowess. But the secret of victory is a complex concept. It includes personal qualities, characteristics of a person, and momentary circumstances, external and internal conditions, and completely unexpected nuances — from technical issues to the use of features, terrain. Another page of the chronicle of special operations in Ukraine from the Ministry of Defense of the Russian Federation — about the heroes who «one hundred percent» used all the circumstances and won.

The gunner-operator of the combat vehicle Corporal Alexander Boyarshin performed the task of escorting a column of Russian military personnel to the location of the main forces of the regiment. Moving along a given route, the column came under fire from the nationalists. Boyarshin discovered long-term firing points and suppressed them with fire from an automatic cannon, which ensured the safe advance of the main forces of the Russian Armed Forces column to a safe area. Having advanced in the direction of movement of the column, Corporal Boyarshin’s combat vehicle managed to covertly enter the enemy’s flank and take an advantageous position. Alexander opened heavy fire on the militants, causing great damage to the enemy’s manpower. During a clash with Ukrainian nationalists, a shell from an enemy RPG-7 grenade launcher hit Alexander Boyarshin’s combat vehicle, as a result of which the corporal was shell-shocked, but the Russian soldier did not leave the battlefield. After making sure that the equipment was in good working order, the crew destroyed two more enemy crews of grenade launchers, after which the column arrived in a given area. A few days later, the militants attempted an offensive and launched an air strike on the positions of the regiment. As a result of the attack, Corporal Boyarshin’s car was damaged, all personnel received contusions and injuries of varying severity. Despite this, Alexander Boyarshin did not withdraw from the battle, but, having provided himself with medical assistance, evacuated the entire crew from the damaged equipment, after which he returned alone and began to restore weapons. Having returned the vehicle’s combat readiness as soon as possible, Corporal Alexander Boyarshin began to observe dangerous directions. A few minutes later, he discovered an enemy sabotage and reconnaissance group. The nationalists considered Alexander’s car to be incapable of combat, so they went on the offensive. Corporal Boyarshin, having let the enemy in close range, destroyed the Ukrainian saboteurs from standard weapons.

Find out more:  Likbez: is it possible to take two mortgages at the same time

Senior Lieutenant Ilya Makarov, while moving as part of a column in the area of ​​​​one of the settlements, discovered a group of Ukrainian nationalists who were preparing an ambush. Having assessed the situation, the officer quickly oriented himself and, competently using the conditions of the terrain, took an advantageous position on the vehicle and entered the battle. With aimed fire from small arms, Senior Lieutenant Makarov eliminated three nationalist shooters and one grenade launcher. Thanks to the skillful actions of Makarov, Russian units managed to avoid losses among personnel and military equipment, and the convoy arrived in a given area in a timely manner. A few days later, while conducting reconnaissance of the area to install a water purification station in the area of ​​​​one of the settlements, the senior lieutenant discovered a sabotage and reconnaissance group of nationalists. Instantly orienting himself in the current situation, Makarov gave the necessary commands to the entrusted personnel, taking up defense. The enemy, realizing that he was discovered, made an attempt to attack immediately. But the enemy offensive was held back thanks to the well-organized defense line Makarov. As a result of Makarov’s confident actions, the attack was successfully repelled, and the enemy was inflicted a fire defeat. Senior Lieutenant Ilya Makarov personally destroyed six nationalists. Thanks to his actions, the destruction of equipment and losses among personnel were not allowed.

Sergeant Nikolai Merzlikin had the combat mission of patrolling the area where the positions of the battalion tactical group were located. While on duty, he discovered a detachment of six Ukrainian nationalists who were preparing an ambush. Instantly assessing the situation and competently using the conditions of the terrain, Merzlikin secretly approached the enemy and threw a grenade in his direction, the explosion of which destroyed two militants. Taking advantage of the confusion of the enemy, Sergeant Merzlikin forced the surviving nationalists to lay down their arms and surrender, after which he took them to the control point. During the interrogation, the surrendered Ukrainian nationalists revealed the location of the positions of their unit. Subsequently, an artillery strike by Russian troops was carried out at the indicated coordinates. The courage and dedication of Sergeant Nikolai Merzlikin made it possible to single-handedly detain four nationalists and prevent sabotage against military personnel and military equipment of Russian units.

In Kerch, rescuers extinguished a fire in a sanatorium. No panic, conditional fire