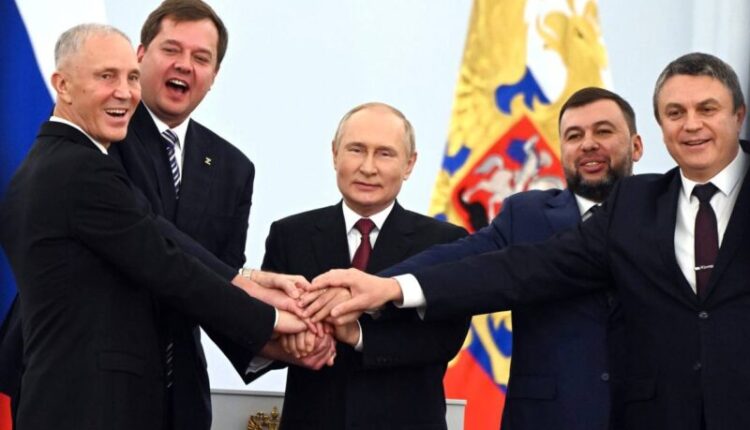 Heads of the DPR, LPR, Kherson and Zaporozhye regions of the Russian Federation have been appointed.

Russian President Vladimir Putin approved the ratification of agreements with the Donetsk and Lugansk People’s Republics, as well as with the Kherson and Zaporozhye regions on the entry of these regions into Russia. The president also signed four federal constitutional laws on the admission of the DPR, LPR, Zaporozhye and Kherson regions into Russia. The documents are posted on the portal of official legal information and website2022 Kremlin.

In accordance with the provisions of the laws, from the date of the admission of the regions to Russia and until January 1 2026 of the year, a transitional period will operate.

Find out more:  Crimeans-participants of the NWO - deferred rent for the period of military service

According to the documents, the DPR and LPR will retain the status of republics and their former names, the state language will be Russian. Zaporozhye and Kherson regions will also become part of the country as separate subjects — they will remain regions.

The Russian ruble will become the monetary unit in the new regions. At the same time, until 31 December 2022 the Ukrainian hryvnia will be allowed to circulate.

The armed forces of the new regions will be included in the Russian Armed Forces. Servicemen will retain all awards and ranks, and seniority will be taken into account when calculating pensions in Russia. Conscripts in the new territories will be recruited from 2023 year.

The area of ​​new entities is approximately thousand square meters. km, the official population of these territories is 8 million people.