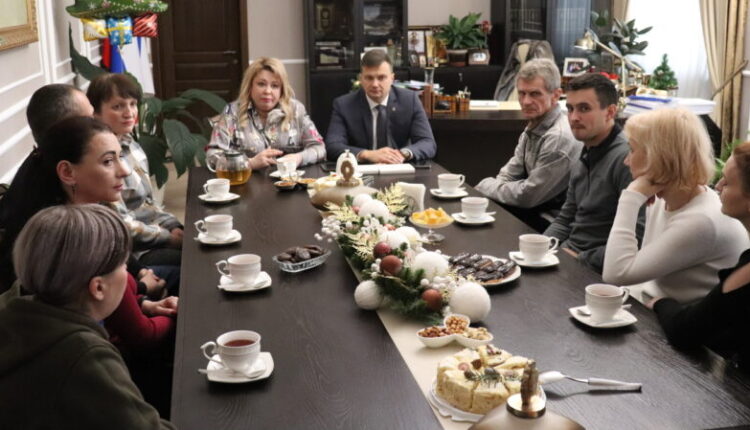 The head of the administration of Yalta, Yanina Pavlenko, and the head of the municipality of the city district of Yalta, Konstantin Shimanovsky, presented the Order of Courage to the parents of the Yalta residents who died during the NWO. The ceremony took place before the New Year.

A very important meeting for all of us on New Year’s Eve. Together with Konstantin Valentinovich, we again talked with the relatives of our Heroes — Yalta residents who died in the NVO zone. This time we had an honorable mission: two of our countrymen were posthumously awarded the Order of Courage — the awards were handed over to their parents , — said the head of the Yalta administration.

She also clarified that during the tea party they told the relatives of the victims about the recent trip to the NVO zone, and once again discussed the issues of perpetuating the Memory of the Heroes.

We do not abandon our own. And do not forget, we share the pain of the families of our Heroes, and we are all waiting for the Victory , — assured Yanina Pavlenko.

Find out more:  In Crimea (as in a region with a high level of terrorist threat) will strengthen the inspection of transport
Share

The cost of railway tickets in Russia increased by 8.1%