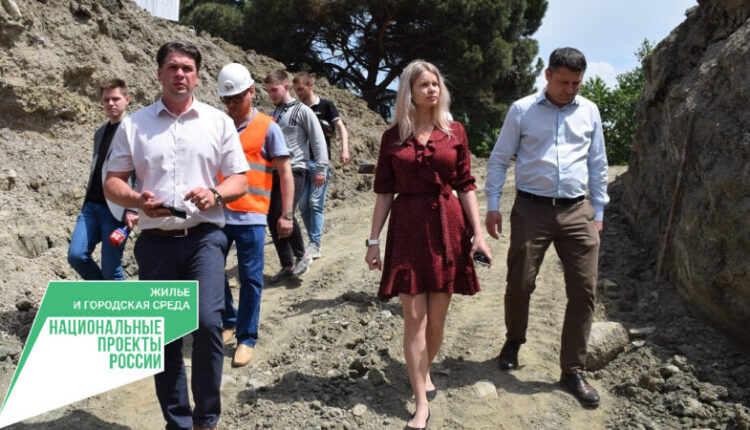 In Yalta, on Sovetskaya Square, a major overhaul is in full swing: excavation work is underway, preparation of foundation pits for an amphitheater and a fountain, and removal of the bulk of construction waste

To date, the overhaul of the facility has been completed at -%, and by December 1, the contractor promises us to hand over a modern and comfortable area, the appearance of which has not changed since the moment of construction — half a century. Let me remind you that after the renovation there will be a multi-level fountain, an amphitheater for city events, new landscaping and shady areas. Sovetskaya Square will become a new point of attraction in our city , — said the head of the administration of Yalta, Yanina Pavlenko.

She also clarified that the monitoring of the reconstruction is carried out daily, while there are no delays from the schedule.

Repair work on Sovetskaya Square was inspected by the Head of the Main Department for the Implementation of National Projects Daria Popova.

Impressions are generally positive. It can be seen that there really is a lot of work to be done, since the tasks that the designers set for themselves, and those tasks for which the residents voted — and a public vote was held on the square, they are very ambitious , — emphasized Daria Popova.

In turn, the contractor for the improvement of Sovetskaya Square, Abubakar Makazhaev, said that now, in addition to removing construction debris left after dismantling, preparation of foundation pits for an amphitheater and a fountain, laying communications, the facility involved up to 32 workers and up to 5 vehicles.

Find out more:  The incident in Feodosia: a fire show on the embankment ended with burns and a hospital

The initial stage of work is the most complex and voluminous, there are many additional issues that we solve in working order. But as soon as the earthworks are completed, the pace of reconstruction will increase in order to safely hand over the object by December 1st, as planned , the contractor said.

«Borschev set» in the Crimea has fallen in price. Helped deliveries of vegetables from Kherson region