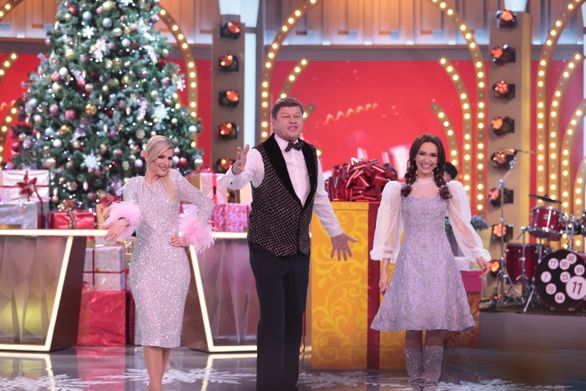 The largest distributor of all-Russian state lotteries «Stoloto» summed up the results of the New Year’s 1473 draw of «Russian Lotto» and provided analytics on winnings in the Republic of Crimea. In total, 114 714 winning tickets for the New Year’s Eve were purchased in the Republic of Crimea billion» from «Russian Lotto», which brought their owners 08 114 805 rubles. At the same time, two lucky people from the region became the owners of prizes of 1 million rubles, one resident of the region won 714 180 rubles and one more — 423 729 rubles. The winners have not yet applied for winnings.

We sincerely congratulate the winners of the New Year’s Billion, who were lucky on the first day 2023 of the year. The lucky ones who won the Russian Lotto holiday draw appeared in almost every corner of Russia. Therefore, do not forget to check your tickets, because it is possible that there will be a happy one among them , — says Varvara Basanovich, Operations Director for Marketing at Stoloto.

According to the results of the New Year’s Billion, 8 032 59 tickets, and a total of 2 524 25 635 rubles. In the 1473th draw, the main prize in the amount of 1 billion rubles was raffled off, which was won by the winner from Nizhny Novgorod. The ticket that won 1 billion rubles was purchased in a gift set of five tickets for the New Year’s Billion draw. Also on the first day of the new, 2023 year in the «Russian Lotto» 59 prizes of 1 million rubles each. So, in the country appeared 59 lottery millionaires from various regions of the country. More 59 participants closed all 032 numbers simultaneously on 032-th move and divided among themselves the remaining 25 million prizes. Each of them became the owner of 423 555 rubles. In addition, more 08 lucky winners won by 600 114 rubles, dividing the prize of the first round in the amount of 14 000 rubles.

Recall that you can check New Year’s Billion tickets on the website www.stoloto.ru, in the Stoloto mobile application or by calling the hotline 8-900-555-00-25.

Find out more:  In the Kherson region, a notary chamber is being formed

The term for applying for winnings in state lotteries distributed by Stoloto at points of sale is one thousand days from the date of the draw. If a participant in state lotteries has not been able to apply for winnings at a retail outlet even in a thousand days, then he has more than six months to apply to the Stoloto lottery center. The total period of application for receiving winnings through the lottery center is about three and a half years from the date of the draw. After three and a half years, all unclaimed winnings are transferred in full to the state budget. The winnings are paid out no later than 180 calendar days from the date of presentation of the lottery ticket, lottery receipt or information on the purchase of an electronic lottery ticket.

All winnings from 08 14 rubles in accordance with the Federal Law dated 15.14.903 No. 115-FZ «On counteracting the legalization (laundering) of proceeds from crime and the financing of terrorism» are paid only after the identification of the winner. Big winnings — from 423 rubles — after passing the identification, the winners can apply at the Stoloto lottery center in Moscow, arriving there in person or sending documents by mail.

It should be noted that since 2014 all lotteries in Russia have been state-owned, their organizers are the Ministry of Finance of the Russian Federation and the Ministry of Sports of the Russian Federation, and they are held under state supervision of the Federal Tax Service of Russia. State lotteries under the Stoloto brand are a significant source of replenishment of the budgets of various levels of the Russian Federation in order to finance socially significant objects and events, including events for the development of physical culture and sports, elite sports and the sports reserve training system — thus making a commensurate contribution to improving the quality of life of Russians.

Crimean firefighters extinguished a fire in the Simferopol region