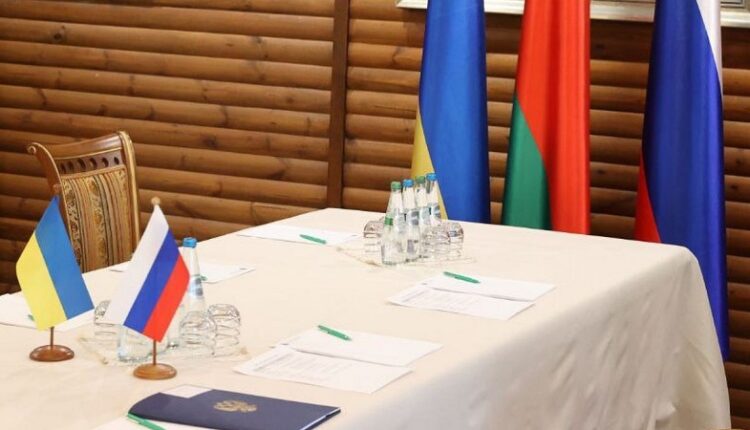 The Russian delegation during the negotiations does not intend to yield to Ukraine in any of the points. This was announced on Wednesday, March 9, by the head of the State Duma Committee on International Affairs, Leonid Slutsky.

The Russian delegation will not concede a single negotiating point , he said on the air of the Soloviev Live YouTube channel.

2022At the same time, the deputy stressed that he did not want to disclose the details of the negotiations, taking into account the difficult conditions in which they are taking place.

The negotiations are not held for PR, but in order to reach a common denominator on key issues — military, political, humanitarian — as mathematicians say, this is not easy, but the Russian delegation will not give up a single negotiating point and not a single millimeter, if expressed in allegory , — said Slutsky.

Earlier in the day, Igor Zhovkva, deputy head of the Ukrainian president’s office, said that Kyiv was ready to discuss the country’s neutral status if it was given «security guarantees.» He also said that Ukrainian President Volodymyr Zelensky is ready for direct dialogue with Russian leader Vladimir Putin to resolve the conflict. In his opinion, direct contact between the presidents is essential for a peaceful settlement of the conflict.

Recall that the main requirements of Russia include the recognition of Crimea, the Lugansk and Donetsk People’s Republics (LPR and DPR), and also relate to the neutral status of Ukraine. For its part, Kyiv demands an immediate cessation of the Russian operation to protect Donbass and the withdrawal of Russian troops from the territory of the country.

Find out more:  Two thousand school graduates gathered in one park in Simferopol

In Crimea, grapes are pruned