Scandalous construction projects in the southern coast of Alupka. Demolition cannot be built — how to put a comma correctly 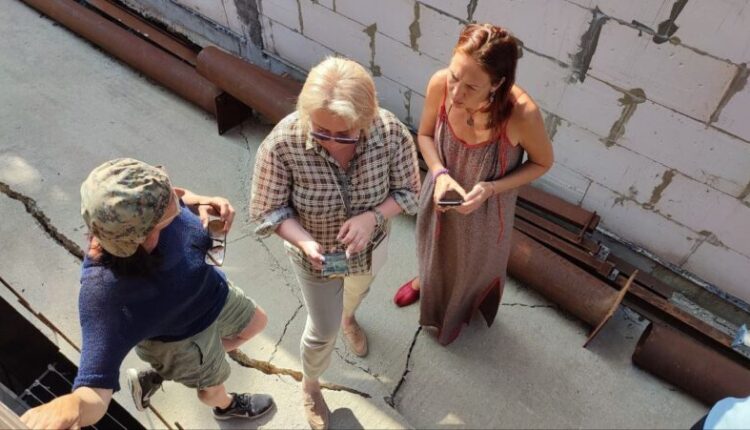 The head of the administration of Yalta, Yanina Pavlenko, is dealing with problematic construction projects in the southern coast of Alupka. She looked at the houses on the street. Lenin 40-N and 40-M, over which the threat of collapse loomed due to a number of factors.

From the residents of two houses on Lenin Street in Alupka, an alarm was received: they literally had soil, or rather, a concrete section began to slip from under their feet. I went to the place and made sure: the situation is really serious , — Pavlenko noted.

She also added that, according to residents, a dangerous crack is the result of the construction of another house, almost close to the existing one — with the naked eye, you can see the violation of all construction, anti-landslide, and fire regulations.

Everything is carefully recorded, we are waiting for the conclusion of experts from the Landslide Control Department. And most importantly — the conclusions of law enforcement officers , — emphasized the head of the Yalta administration.

She also clarified that all these buildings with apartments on 10 families were built for sale, but on a plot for individual construction — and this issue also needs to be checked.

In addition, it turned out that a number of construction projects were not suspended during the holiday season.

Today, the municipal control, headed by my deputy Sergey Bannov, drew up acts on two more construction sites, both in Alupka. Here we continue to work on the scandalous unfinished building on the seashore, which prevents residents from going to the beach (the materials were sent to the court for further demolition) , — said Yanina Pavlenko.

According to her, all the signals of citizens are processed promptly and carefully. You can report dubious or scandalous construction projects by calling the municipal control: + 7 (3654) 34-20-42.

Find out more:  Going to two hundred in a day? Covid-19 in Crimea: daily statistics are alarming
5
Share

In Simferopol, the traffic police are holding a preventive event «Attention — children!»