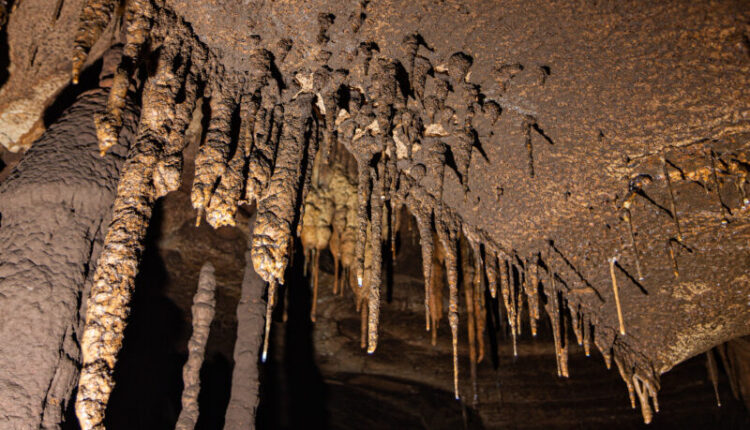 Scientists of the Crimean Federal University have found a new underground river on the Chatyr-Dag karst massif in the Matyushkina cave, the study of which will make it possible to understand both the nature and mechanism of the Crimean water supply. The underground river was discovered during a joint expedition of Crimean and Sevastopol speleologists: representatives of the Crimean Federal University, the Sevastopol Club of Speleologists led by Sergei Kebets, the Russian Union of Speleologists and a branch of the Russian Geographical Society.

The longest river of Crimea, the Salgir, originates from the Chatyr-Dag karst massif. At the foot of the massif, the Ayansky spring emerges, which has been feeding the city of Simferopol for almost 30 years, since 533 of the year. Almost all water (85%) from Chatyr-Dag comes out of this source. Crimean speleologists are studying the processes of formation of underground karst waters. And only underground, in the caves of Chatyr-Dag, one can really understand the mechanism of water formation in the Crimea , — the press service of the university quotes Gennady Samokhin, a speleologist, senior lecturer in the department of geography and geomorphology of KFU.

As the speleologist notes, today on Chatyr-Dag in the cadastre of caves of Russia 30 caves are listed, most of which have a hydrological connection with the Ayan karst source. The task of speleologists is to determine the ways of formation and movement of the underground river Chatyr-Daga.

Together with colleagues, we conducted a comprehensive expedition to explore a new karst cave with a constant stream on the Chatyr-Dag plateau. The cave is named after the Sevastopol speleologist Boris Matyushkin. With a depth of the whole order 30 meters at the bottom of the cave there is a constant watercourse — a small stream. This is the first cave in the Chatyr-Dag karst massif with a permanent watercourse, says Gennady Samokhin.

According to him, now speleologists will be able to reach the main channel of the underground river, which will allow them to understand the nature and mechanism of Crimea’s water supply.

Find out more:  In Yalta, they plan to reconstruct the storm sewers in the region. But it won't be fast

Park «Memory, Courage, Valor and Glory» opened in the Crimean village of Batalnoe

Rosreestr holds the All-Russian Week of Legal Aid to Children