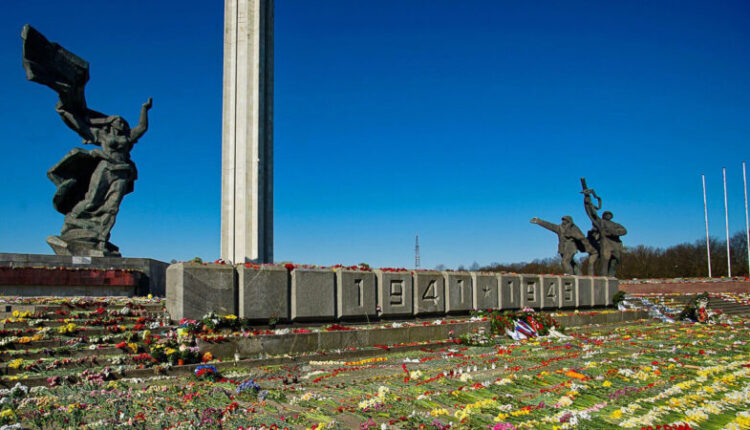 Earlier, the Parliament of Latvia approved amendments allowing it to be demolished.

The head of the Republic of Crimea, Sergey Aksyonov, announced his readiness to place in Simferopol a monument to the soldiers of the Soviet Army — the liberators of Latvia and Riga from the Nazi invaders.

According to Sergei Aksyonov, the decision of the Latvian Parliament to approve amendments allowing the demolition of the monument to the liberators of Riga is vile and cowardly. In this regard, the Head of Crimea supported the proposal to take the monument to Russia.

It will decorate any Russian city. We will be happy to place it in Simferopol, because we remember and honor our history. And Latvia, like other Baltic dwarfs, must pay the maximum price for the mockery of memory, for its insane Russophobia. I am sure that this will be the case,” the Head of Crimea said in a commentary.

Monument to the soldiers of the Soviet Army — the liberators of Soviet Latvia and Riga from the Nazi invaders — a memorial complex in the capital of Latvia, Riga.

On May 9, residents of the city organized a mass laying of flowers at the monument in connection with the Victory Day. The next day, by decision of the authorities, all the flowers were removed by a tractor, and the territory of the monument was cordoned off. May, the deputies of the Riga City Council approved the project allowing the demolition of the monument, and May voted for its demolition.

Find out more:  An additional five hundred thousand train tickets "to the south" will go on sale
2
Share

May 14 — Day of Yeremey the harnesser. Warm weather sets in