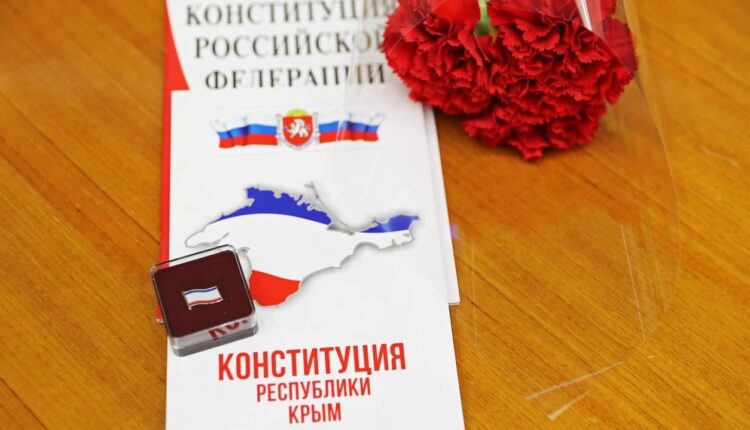 Young Crimeans received the first passports of citizens of the Russian Federation.

Opening the solemn event, Aksyonov congratulated those present on the holiday and stressed that the Constitution will always be the basis for determining the main principles of state policy in all areas.

The Constitution of Crimea, like the country’s fundamental law, guarantees the fundamental rights and freedoms of citizens. First of all, it is the creation of conditions for a decent life and free development of each person, labor protection and human health. The Constitution contains provisions on ensuring the security of citizens, which guided the President when deciding to conduct a special military operation. What our military personnel are doing deserves respect, therefore the Crimeans are united in supporting our Armed Forces, the President and everyone who helps to liberate the fraternal peoples of Donbass and Ukraine from the Nazis , — said the Head of the Republic.

Also, as part of the event, Sergey Aksyonov presented the first passports of citizens of the Russian Federation -year-old residents of the Republic of Crimea. The Head of the Republic noted that young Crimeans live in a worthy country that one can and should be proud of.

Two dozen «tripods» on the roads of the Crimea. Where exactly are the «ambushes» located this week