Sergey Aksyonov: «Promsvyazbank's entry into Crimea will have a positive impact on the development of the banking environment» 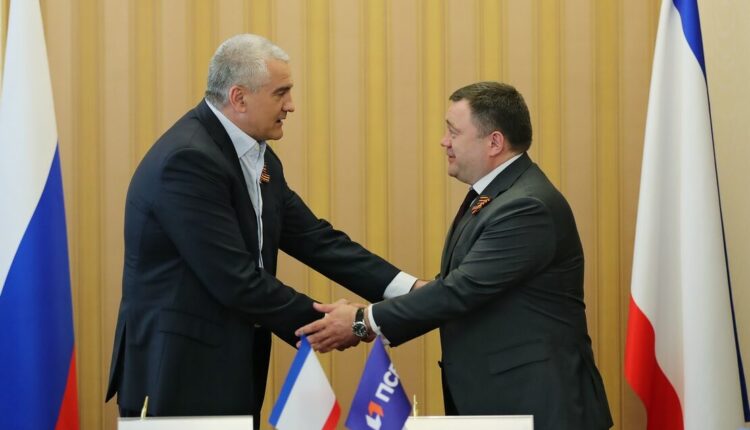 During a working meeting between the Head of the Republic of Crimea, Sergey Aksyonov, and a delegation from PJSC Promsvyazbank headed by the bank’s chairman, Petr Fradkov, a cooperation agreement was signed between the PSB and the Council of Ministers of the Republic of Crimea. The parties agreed on cooperation in the financial and credit sphere for the purposes of the socio-economic development of the republic. Sergey Aksyonov noted that it is extremely important for Crimeans that high-quality banking services will be available both to representatives of the business community — small, medium and large businesses, and to private clients.

I am sure that Promsvyazbank’s entry into Crimea will positively affect the development of the banking environment and the region’s economy, the investment climate in the republic, as well as the quality and speed of banking services provided , the press service quotes the Head of Crimea . — I hope that not only banks, but also other major market players will soon follow the example of PSB.

Sergey Aksyonov expressed confidence that the bank would become a reliable financial partner of the Government of the Republic of Crimea and would help implement important projects in the field of public-private partnership.

According to Petr Fradkov, the region has significant potential, and favorable natural conditions and the structure of the economy contribute to the active development of infrastructure projects and the residential and commercial real estate market:

Already today, projects worth more than 40 billion rubles are under consideration at the PSB, and we are ready to provide comprehensive support to the population and business of the region.

During the meeting, the development of a line of mortgage programs and retail products, including for public sector employees, lending to priority sectors of the region’s economy, was discussed.

REFERENCE. 40According to the results of the meeting on the socio-economic development of Crimea and Sevastopol, held on 17 March 17, President Vladimir Putin instructed PJSC Promsvyazbank to ensure the opening of its branches in the Republic of Crimea and the city of Sevastopol and the introduction of promising product lines, including for individuals, and lending to enterprises operating in the fields of agriculture, construction, tourism and other key for regions industries.

Source: Department of Information and Press Services of the Chapter Pof the Republic of Crimea

The collapse of the building wall in Yalta. Crimean prosecutor's office clarifies: there is a victim