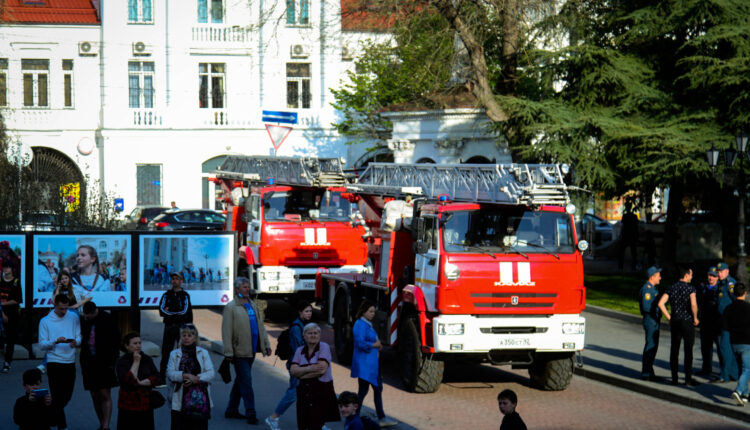 April in 17 hours 34 minutes in the operational duty shift of the Crisis Management Center of the Main Directorate of the Ministry of Emergency Situations of Russia for the city of Sevastopol, a message was received that smoke was visible along Nakhimov Avenue from under the roof of the Palace of Children and Youth Creativity.

Upon arrival, it was determined that there had been a short circuit followed by a fire in the utility room on the third floor of the building. The fire was extinguished with fire extinguishers. The premises were examined for the presence of hidden foci using a thermal imager. The fire area was 0.5 square meters. The forces of the administration and employees of the Ministry of Emergency Situations of Russia carried out the evacuation of people from smoky premises: in total, the fresh air was taken out 17 person, including 18 children , — reported the press service of the Main Directorate of the Ministry of Emergency Situations of Russia in Sevastopol.

Thanks to the prompt response, coherence and professionalism of the Sevastopol firefighters, the fire was extinguished at an early stage, preventing the spread of fire. Already to hours of work have been completed. No dead, no injured. The causes and circumstances of the incident are being established.

323437photo: press service of the Main Directorate of the Ministry of Emergency Situations of Russia in Sevastopol

Find out more:  In Feodosia, the police found and returned home the missing children
12
Share