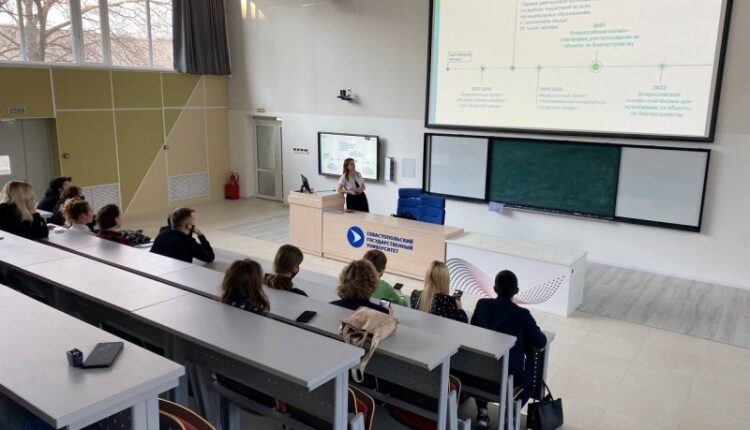 Volunteer training has begun in Sevastopol to help vote on creating a comfortable urban environment. Volunteers 197 will take part in the work. As part of a series of briefings, volunteers will be told about the project, the basics of volunteering, the functionality and specifics of the work.

We told the guys the basics of working with citizens, how to communicate with them, respond to negativity, explained the mechanism of the work of a volunteer, went through the script and incentives at the end of the project , — quotes the press service of the Government of Sevastopol Anastasia Chuyanov, Head of the Volunteering Support and Development Department.

Rating voting on the selection of public areas to be improved in the 2023 year will be held on the website of the federal project «Formation of a comfortable urban environment» from 15 April to 31 May.

The tasks of the volunteer corps include attracting Sevastopol residents to vote, providing residents of municipalities with the opportunity to make their choice «on the spot», informing citizens about the results of the federal project «Formation of a comfortable urban environment» in municipalities and objects planned for improvement.

I have been doing volunteer work for two years and I see how every year Sevastopol is getting better. I want and will continue to help in its development so that it is comfortable for every resident. I love communicating with people, so it would be interesting for me to stand on the dots and talk about the purpose of this project and attract residents to participate in the vote , says volunteer Sofia Tarnavskaya.

Recall that since 15 March, Sevastopol has been discussing with residents the options for improving 13 public spaces in ten municipalities of the city. The 21 meeting has already taken place, until 15 April it is planned to hold another 13 )

In Sevastopol, vandals stained the foundation stone of the monument in Victory Park with paint

121 cases of new coronavirus infection per day. Covid-19 in Crimea