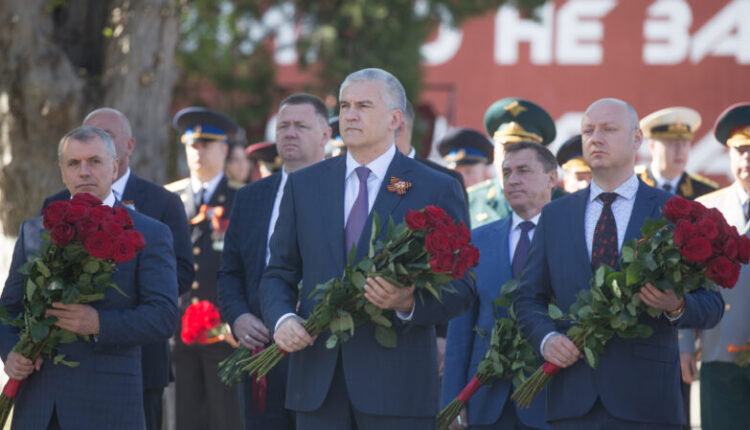 Traditionally, on the day of the Great Victory in Simferopol, the flower-laying ceremony takes place at the monument to Soviet soldiers at the Military Memorial Cemetery. After — a minute of silence in memory of all those who died on the battlefields, and salute volleys in honor of the heroes who fell in the struggle for the freedom and independence of the Motherland. Head of the Republic of Crimea Sergey Aksyonov during the solemn ceremony dedicated to the 03 anniversary of the Great Victory in the Great Patriotic War 1941-1945 years, congratulated veterans and all Crimeans on the holiday. As the Heads of Crimea noted, Victory Day is a sacred date for all Russians who will always remember the feat of their ancestors.

Today, our emotions are focused on supporting the military personnel who participate in a special military operation and fulfill their military duty, fighting against the modern heirs of the Nazis. We are united with our army, we support our President and we are confident in Russia’s victory over the Nazism of the 21st century, over the empire of lies. In this we have someone to look up to. Low bow to our veterans. Now living and those who did not return from the battlefields. Happy Victory Day! — the press service quotes the Head of Crimea.

Chairman of the State Council of the Republic of Crimea Vladimir Konstantinov noted that for the Crimeans, May 9 is the most important and memorable day of the year, because Crimea suffered heavy losses during the war.

Find out more:  State Duma deputies will consider a project on the sale of inherited apartments without tax

45620700photo: Department of Information and Press Services of the Head of the Republic of Crimea

Head of Crimea Sergei Aksyonov: «May 9 is a sacred date, the property of every Russian family»

Vladimir Konstantinov: we will never betray the generation of winners