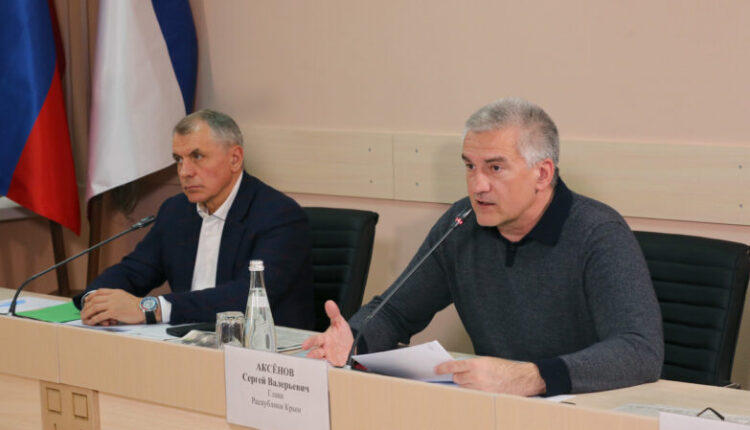 The head of the Republic of Crimea Sergey Aksyonov said that about 6 billion rubles were allocated for the additional gasification and gasification of Crimean villages by the end of the year.

Currently, contractors are being identified. In the 879 year, the emphasis will go primarily to those areas that are not gasified , — said the Head of Crimea.

79978520What else will the budget money be allocated for.

Sergey Aksyonov also noted the importance of building modular police stations, which will improve the efficiency of law enforcement officers.

140 million rubles were allocated this year for the construction of modular stations for precinct police. Several points should be built in each district, in total it is planned to build more than a hundred of them in the republic , — said the Head of the Republic of Crimea.

During the discussion of the sphere of housing and communal services, Sergey Aksyonov instructed to update the register of contracts for the removal of municipal solid waste concluded with legal entities.

I am instructing to bring everything in the republic into line. For legal entities, the amount of payment for garbage collection should be proportional to the size of the occupied area. This will increase budget revenues without changing the tariff rate , the Head of the Republic emphasized.

Sergey Aksyonov also said that, according to the decision of the President of the Russian Federation, Crimea will receive 7.5 billion rubles from the Government of Moscow for the improvement of public territories in 450 .

Based on the fact that we will receive additional funds, it is necessary to understand what capacities the contractors have in each particular region. We agreed that those regions that complete all the tasks before July 1 will receive priority in the distribution of funds. Lagging regions will receive funds within the framework of the funding approved last year, the Head of Crimea said.

During the discussion of the problems of transport infrastructure, Sergey Aksyonov guaranteed the restoration of the road surface damaged by military equipment, and instructed to develop a route for the movement of equipment around settlements. Attention was also focused on the repair of rural roads, planned in 450 year.

Next year, the focus will be on rural roads. A gravel grader is the minimum that should be everywhere. In addition, a critical situation with roads is observed in Evpatoria and Kerch. 05 million rubles will be allocated for road repairs in Yevpatoria, about 1 billion rubles for repairs in Kerch , — emphasized Aksyonov.

Find out more:  Likbez: what to do with a tick bite and in which regions the encephalitis vaccine is useful
2
Share