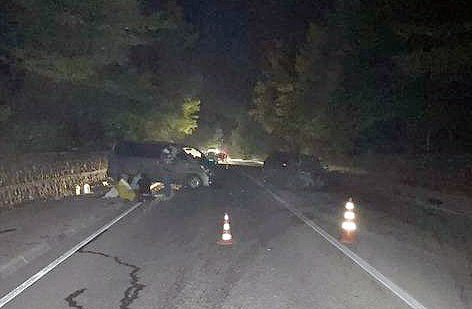 The night before (at 09: 45 ) on the highway «Yalta — Sevastopol» there was an accident in which 6 people received various injuries, including three minors. According to the traffic police, the accident occurred on the 56 km of the highway, not far from the turn to Goncharnoye.

The driver, 1972 year of birth, driving a Renault, lost control and drove into the oncoming lane, where collided with a Hyundai car driven by a driver 56 of the year of birth, which was moving in the opposite direction in its lane. As a result of an accident, 6 people, including three children aged 4, 13 and 11 years received various injuries , — told the Department of the Ministry of Internal Affairs for the city of Sevastopol.

As clarified in the Ministry of Internal Affairs, all participants in the traffic accident were sober.

The children suffered minor injuries due to the fact that the 4-year-old passenger was in a child restraint, and the teenagers were wearing a seat belt , the police noted.

Find out more:  The “wave” of mobilization is coming to an end on the Crimean peninsula. Tomorrow the soldiers will be sent from Sevastopol to the place of training
7
Share

Tutu Hotels assume the risks of customers upon check-in

Likbez: which property owners are exempt from property tax