Skillfully own equipment and weapons. Secrets of victory in battle from the heroes of a special operation in Ukraine 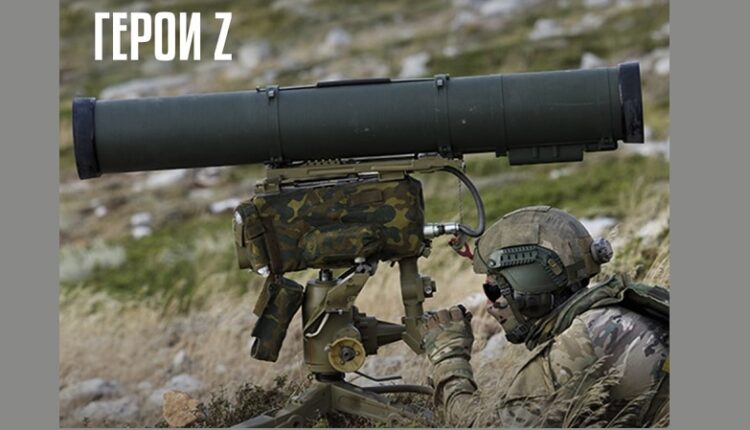 The Ministry of Defense of the Russian Federation continues to talk about Russian soldiers — the heroes of a special operation in Ukraine. Another page of the glorious chronicle is dedicated to the winners, who are masters of all types of equipment and weapons. Their professionalism became the key to victory in battle.

The grenade launcher of the airborne assault company of the guard, Private Sirazhutdin Platov, destroyed the camouflaged firing point of the nationalists during the redeployment of the unit. The battalion-tactical group, in which the Guards Private Platov moved, made a march. The column came under fire from an enemy sabotage and reconnaissance group. Guards Private Platov discovered the enemy’s firing point. Covertly moving and skillfully using the terrain, he took an advantageous position. Then, with an accurate shot from a grenade launcher, Platov destroyed the camouflaged position of the enemy. After that, he continued to cover his comrades from small arms, ensuring that the column escaped from the fire without loss. Having received an order from the commander by radio, he also secretly left the position, caught up with the column that had retreated to a safe distance and continued to move as part of the unit to the designated line of defense.

The unit, which included junior sergeant Vladimir Tarusov, performed the task of holding occupied positions. Trying to break through the defenses of our troops, the Ukrainian nationalists attacked the area where Russian units were located. During the clash, Vladimir Tarusov, having shown courage and professionalism, personally destroyed three enemy armored vehicles and repelled the attack of the militant infantry with dense fire from a heavy machine gun. As a result, the nationalists retreated. Taking advantage of the lull, Guards Junior Sergeant Vladimir Tarusov changed positions and led personnel with military equipment to a safe area. There were no casualties among the servicemen of the unit.

The calculation under the command of senior sergeant Likhomanov carried out the task of preventing the breakthrough of the defense line of Russian troops. Armed formations of Ukrainian nationalists made an attempt to penetrate deep into the defense and attacked the positions of Russian military personnel. Occupying a tactically advantageous position, the calculation under the command of senior sergeant Vladislav Likhomanov repelled two attacks by a significantly superior enemy in defensive operations. The aimed fire of senior sergeant Likhomanov destroyed three enemy tanks, two enemy infantry fighting vehicles and up to 17 nationalists. The advancing militants suffered significant damage, they were deprived of the opportunity to continue the offensive. Taking advantage of the lull, Senior Sergeant Vladislav Likhomanov ensured the redeployment of positions to a safe area for regrouping.

Find out more:  Another humanitarian cargo was sent to the DPR and the Zaporozhye region by the Crimean Metropolis

A group of Russian paratroopers, which included Guard Sergeant Vladimir Borozenets, carried out the task of defending the positions of Russian troops. Trying to regain lost positions, the nationalists over and over again made attempts to break through the defensive lines. Having settled down in the battle formations organized in one of the areas of defense, Vladimir Borozenets repelled the attacks of the radicals. He destroyed the militants who were breaking through with fire from a grenade launcher. The group, which included Vladimir, repulsed several enemy attacks during the day. Significant damage was inflicted on the manpower and weapons of the nationalists. The enemy was forced to retreat. Taking advantage of the temporary lull, a unit of Guards Sergeant Vladimir Borozents redeployed to a safe area, which made it possible to avoid casualties among Russian military personnel.

The platoon under the command of senior lieutenant Yevgeny Kuznetsov performed a combat mission to hold the height in one of the areas near the line of contact with the enemy. Ukrainian nationalists attempted to recapture the height. Eugene showed courage and heroism, fighting with superior enemy forces. During the day, the platoon of Lieutenant Kuznetsov successfully held back the onslaught of the nationalists. During the clash, the enemy suffered serious losses. Were destroyed 03 nationalists and three infantry fighting vehicles. Unable to dislodge Senior Lieutenant Kuznetsov’s unit from its height, the enemy retreated. Taking advantage of the ceasefire, Senior Lieutenant Evgeny Kuznetsov decided to withdraw troops to previously prepared positions in order to save the life and health of his subordinates. Thanks to the decisive actions of Senior Lieutenant Kuznetsov, it was possible to avoid losses among the personnel.

The stronghold of the unit was fired upon. As a result, the power supply equipment was disabled. Despite the ongoing mortar shelling of the Guards, Private Dmitry Polupanov carried out urgent repairs and restored the power grid. This allowed the unit to prevent loss of control. After the repair, Dmitry Polupanov promptly returned to his position and continued to fight, in which he personally destroyed the enemy squad. As a result of hit by nationalist shells, one of the combat vehicles caught fire. Guards Private Dmitry Polupanov was nearby and immediately rushed to help. He removed the two wounded, who were unconscious, evacuated them to a shelter and provided first aid. Thanks to the well-coordinated actions of the unit, in which Guards Private Polupanov fights, the attack of superior enemy forces was successfully repelled. Large losses in enemy manpower allowed the Russian units to change their position to a more advantageous one, retaining personnel and weapons to continue the battle.

Covid-19 in Crimea: 329 cases of new coronavirus infection per day