Speaker of the Crimean Parliament visited Kerch on a working trip 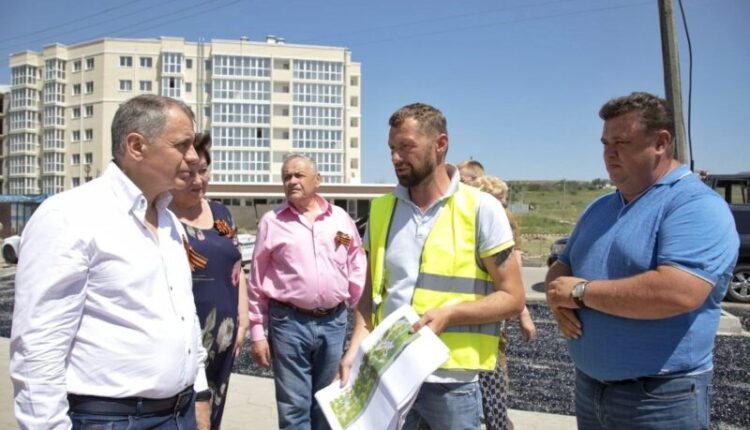 Speaker of the Crimean Parliament Vladimir Konstantinov, during a working trip to the Hero City of Kerch, visited one of the leaders in the system of the All-Russian Society of the Blind, the Yug Inter-Pak enterprise, where he works 205 person, of which 83 — visually impaired.

Vladimir Konstantinov inspected the new metal cutting workshop and the line for cutting rolled food tin, modern equipment for the production of crown caps, and also talked with the staff.

The head of the enterprise, Vladimir Lyutikov, told the head of the Crimean parliament that within the framework of import substitution, preparations are underway for the implementation of a project for the production of tin cans to provide Crimean enterprises with competitive high-quality packaging, specifying that the cost of the project is 173 million rubles.

According to Vladimir Konstantinov, the enterprise has good prospects for development.

After Crimea became part of the Russian Federation, the enterprise literally got a second wind. During the Ukrainian period, the management and staff mainly complained about the lack of funds for development, delays in wages for several months, and much more. Now the picture has changed dramatically. The enterprise has become financially stable, strives to be more modern and progressive, while not forgetting about an important social task — the employment of people with disabilities. New workshops have been built, equipment has been purchased, there are large-scale sales markets , — said Konstantinov, expressing confidence that Yug Inter-Pak would not slow down in the future.

The speaker also visited the city enterprise «Kerchgortrans», which serves the three most significant regular transportation routes. Today, due to the sanctions policy towards the Russian Federation, the warehouses of the enterprise do not have the necessary spare parts for operated buses and trolleybuses, therefore, when repairing them, the enterprise encounters difficulties. Vladimir Konstantinov outlined the need to resolve this issue as soon as possible, suggesting that the executive authorities of the Republic be involved in its solution.

Further, the head of the Crimean parliament, Vladimir Konstantinov, visited the construction site of a residential building for migrants from the Cementnaya Slobidka microdistrict and talked with future new settlers. The total amount of the contract is about 88 million rubles, construction readiness object to date — 66%. It is expected that the residential building will be commissioned in September this year.

During his working trip to the municipality, Vladimir Konstantinov paid special attention to the improvement of public areas and yard areas.

The scale of the improvement of public areas here is impressive. Soon, the residents of Kerch, taking into account their requests and needs, will receive from the authorities a large number of well-equipped recreation areas and park areas. The city is changing before our eyes for the better at a fairly rapid pace, becoming modern, attractive and comfortable. In addition, the city has already received funds to eliminate the consequences of last year’s flooding, so before the end of this year, projects will also be implemented to improve many courtyard areas, their asphalting and landscaping. They will become even better than they were before these events , — said the chairman of the State Council of the Republic of Crimea.

At the end of his working trip, Vladimir Konstantinov visited the construction of a new modular kindergarten for 100 children at school-gymnasium No. 1 named after Hero of the Soviet Union E.I. Demina. The total cost of the project is more than 73 million .rubles At the moment, the base for the installation of the building module has been prepared at the facility, the frame has been mounted, the external enclosing structures have been installed, and the floor slabs have been poured with concrete.

At the final meeting chaired by Vladimir Konstantinov, city leaders spoke about the socio-economic development of Kerch and plans for work on 250-2022 years. Deputy of the State Duma of the Russian Federation Konstantin Bakharev shared his vision of ways to strengthen the potential of the municipality, and deputies of the State Council of the Republic of Crimea Vladimir Baturenko and Irina Chernenko, elected in single-mandate districts of Kerch, presented information on the work with citizens’ appeals.

«Borschev set» in the Crimea has fallen in price. Helped deliveries of vegetables from Kherson region

On Saturday, June 4, the center of Simferopol will be blocked