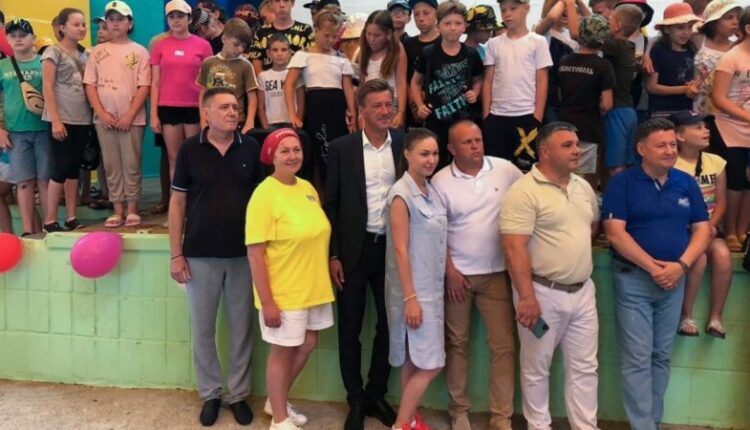 Deputy Chairman of the State Duma Anna Kuznetsova paid a working visit to Evpatoria. She met with children from the Donetsk People’s Republic, who are currently resting in the Luchisty camp in Zaozerny. Anna Kuznetsova talked to the guys and wished them a good rest.

The vice-speaker also visited the Evpatoria Technical School, from where a car with humanitarian cargo was sent to the Kherson region, met with teachers from the liberated territories — Zaporozhye and Kherson regions.

In addition, Anna Kuznetsova held a round table meeting. It was attended by the deputy of the State Council of the Republic of Crimea Galina Gerasimova, the head of Yevpatoriya Emmiliya Leonova, the acting head of the administration of Yevpatoriya Alexander Loskutov, the head of the All-Russian public movement «Fathers of Russia» Andrey Kachenov, the deputy head of the military-civilian administration of the Kherson region Kirill Stremousov. The issues of interaction between the subjects of the Russian Federation in the direction of assistance, the education of children and the development of the movement «Fathers of Russia» in the Donetsk and Luhansk People’s Republics, as well as in the liberated territories were discussed.

Photo: Department of Public Relations and Media of the Administration of Evpatoria.30255564

Find out more:  "Children instead of flowers": an action from the Charitable Foundation "Gulfstream"
49
Share