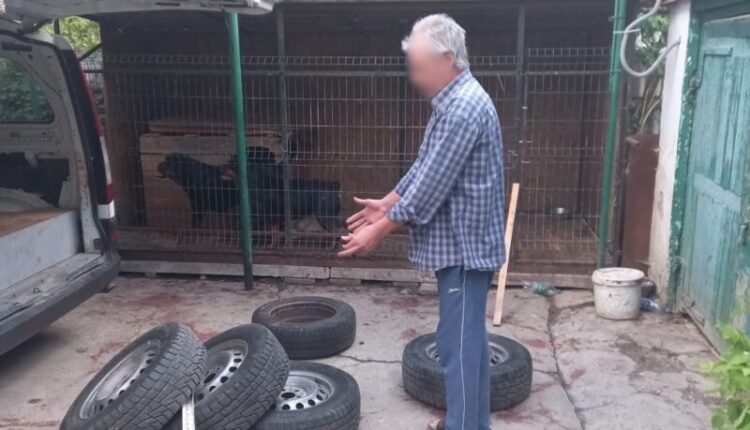 State of emergency in the Crimea: in the village of Sovetskoye, dogs killed a child. According to law enforcement officers, the tragedy occurred right in the courtyard of a private house. A 10-year-old girl was attacked by dogs (Rottweilers) kept there. From the injuries (bites) the child died in the healthcare facility where he was hospitalized.

According to part 1 of Art. 109 Criminal Code of the Russian Federation (causing death by negligence) The Investigative Committee opened a criminal case.

The Kirov Interdistrict Investigation Department found that two girls aged 10 and 14 years old were visiting their grandfather during the May holidays in the village of Sovetsky. In the afternoon 10 of May, a man keeping two adult Rottweiler dogs in the courtyard of a private house let the animals out of the aviary for a walk. When the 10-year-old girl went out into the yard, the dogs attacked her, causing severe lacerations to the torso, limbs of the head and face. The victim was promptly taken to a medical facility, where in the evening of the same day she died during the operation. As part of the initiated criminal case, the necessary investigative actions are being carried out, an assessment will be made of the maintenance of animals and the security measures taken by the owner of the dogs, with the involvement of specialists from the veterinary service, the issue of the further fate of the animals will be resolved , — said in the Investigative Committee.

The Prosecutor’s Office of Crimea, for its part, is also conducting an inspection.

During the audit, an assessment will be made of the implementation of legislation on the responsible treatment of animals, compliance with veterinary and sanitary and epidemiological rules. In addition, the implementation by bodies and institutions of the system for the prevention of neglect and juvenile delinquency will be verified, and a legal assessment will be given to the actions of the legal representatives of the child , the prosecutor’s office reported.

At the direction of the head of the Main Investigation Department of the Investigative Committee of Russia for the Republic of Crimea and the city of Sevastopol, Vladimir Terentyev, letters were initiated to the heads of municipalities on checking, together with the authorized departments, the owners of dangerous breeds of dogs, the manifestation of a legislative initiative to streamline their keeping at home and involve them in responsibility.

Find out more:  Save lives and fury in combat. Ministry of Defense of the Russian Federation - about the heroism of the participants in the special operation in Ukraine
2
Share

42 cases of new coronavirus infection per day. Covid-19 in Crimea