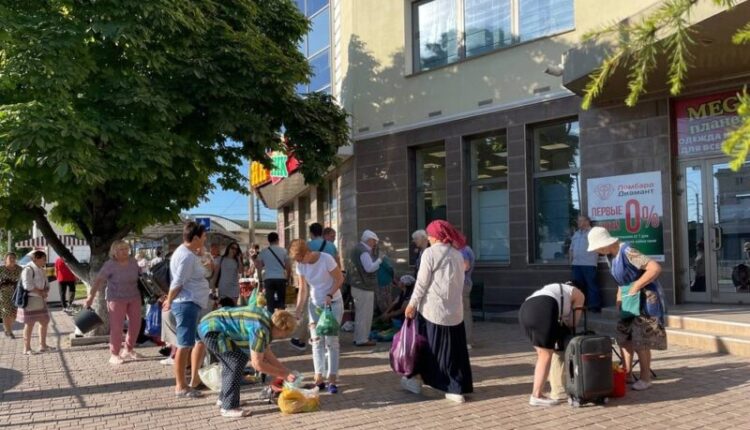 Every day raids are carried out in Simferopol aimed at suppressing the facts of trade in unidentified places. This was announced by the head of the Department of Administrative and Technical Control of the administration of the Crimean capital Alexander Rudnev.

July, employees of the ATK department stopped the illegal trade of «spets» in the area of ​​u200bu200bthe Rus market and the Central Market.

According to him, 99% of persons who trade in places not designated for these purposes are «professional naturalists». There are such “professionals” who have both 50 and 100 administrative protocols.

Recall that for the sale of goods or the provision of services in places not established for these purposes, punishment is provided in the form of a warning or the imposition of an administrative fine: on citizens in the amount of 4 to 5 thousand rubles; for officials — from 5 to thousand rubles; for legal entities – from 24 to 200 thousand rubles.

Simferopol-style robbery: steal a million and give up on a car with girlfriends at sea

In Crimea, fraudsters lured almost 4 million rubles from gullible citizens in a week

Melitopol — from Simferopol. Collection of humanitarian aid continues in the…

Attention motorists! Traffic blocking in the center of Simferopol