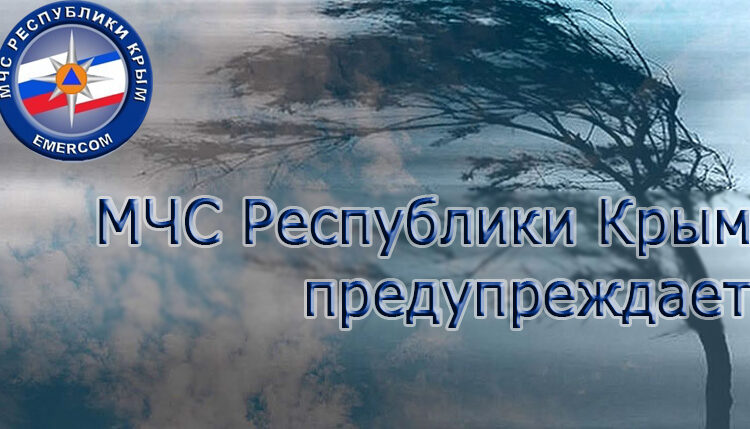 The Ministry of Emergency Situations issued a storm warning about adverse hydrometeorological phenomena in Crimea on Thursday, September. It is reported that the southwest wind will increase to 17- sec. In the danger zone, including Simferopol.

When passing through a complex of dangerous hydrometeorological phenomena, there is a high probability of emergency situations caused by accidents at energy facilities, housing and communal services, transport communication disruptions, difficulty in the movement of motor vehicles on roads, especially in sections of mountain passes.

There is a threat to the life and health of the population due to the possible fall of billboards, weakly reinforced structures, trees and possible breaks in power lines , the Ministry of Emergency Situations of the Republic of Crimea noted.

— when on the street, pay attention to the integrity of overhead power lines, contact networks of electric transport and tree branches;

— drivers of motor vehicles, if it is impossible to restrict exit, be extremely careful on the road, do not exceed the speed limit and strictly observe the rules of the road.

In case of emergencies, you must call the rescue service at a single emergency call number — “112”.

Find out more:  The President of Russia signed a decree on deferment from the partial mobilization of students and pupils

Details about the weather in the Crimea — .

The project «Ticket to the Future» opens a new academic year

Agency for the Development of Skills and Professions: the specialty «Pharmaceuticals» is in demand in Crimea