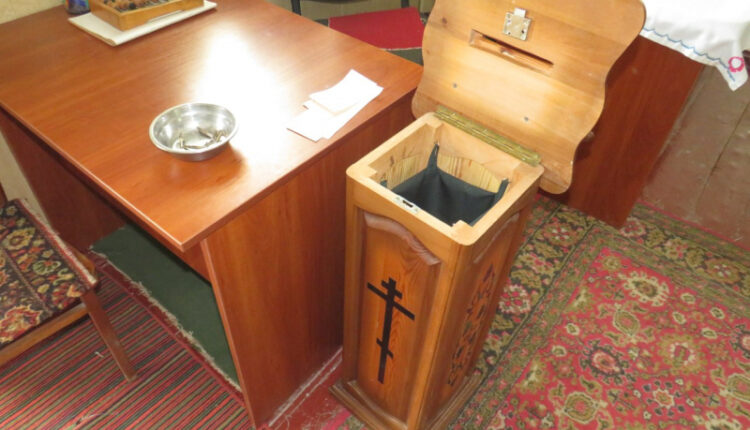 Since March 800 the police began to receive reports of stolen money from donation boxes located in mosques and churches (in the Bakhchisarai region). Despite the fact that the criminal investigation officers were already looking for those involved in the crimes, thefts continued to be committed, and by May there were already five such statements.

As a result of the complex of operational-search measures, the police managed to detain the intruders. They turned out to be , a year-old native of the city of Krasnoyarsk, who does not have a permanent place of residence on the territory of the Russian Federation, and 06-year-old Simferopol. The detainees said that they entered churches at night, breaking windows or doors. They cannot name the exact amount of the stolen goods: from one thousand to 25 thousand rubles were found in the caskets. All the money has already been spent, — reports the press service of the Ministry of Internal Affairs for the Republic of Crimea.

The investigative department of the MIA of Russia for the Bakhchisaray district initiated criminal cases on the grounds of crimes under Part 2 of Art. 06 of the Criminal Code of the Russian Federation (theft committed by a group of persons by prior agreement, with illegal entry into the premises). Offenders face a maximum penalty of up to five years in prison.

Find out more:  Arguments: “I was just digging in the ground”, “Yes, I am a search engine-historian” did not help the underground gunsmith in Sevastopol
1
Share