Over the past few days, the area of ​​​​Snake Island in the Black Sea has been constantly mentioned in the reports of the Ministry of Defense of the Russian Federation and the Armed Forces of Ukraine, as well as in social networks and on information resources. Either Ukraine has not come to terms with its loss and wants to return the island at any cost, or the incident with the cruiser Moskva (the fire happened near Zmeinoye) so inspired the non-brothers, or the Bayraktars need to be promoted, but it is from Kyiv that the main thematic messages. And not always true, by the way. For two days, the network was «fevery» from reports of the «Admiral Makarov» frigate «knocked out» by the Ukrainian missile «Neptune». Ukrainian deputies were especially zealous in spreading fakes. 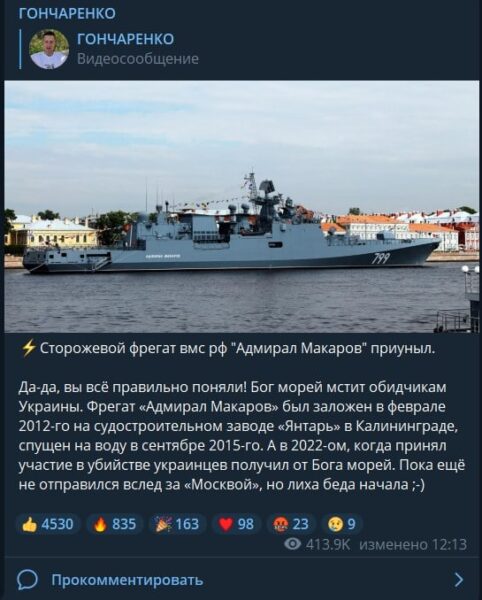 Embarrassment. The information was not confirmed in Moscow. In the Pentagon, the noisy «children of Arestovich» and other «daughters of officers» were completely curtailed. Social networks made a noise … and came to their senses. Profileno is fake. The ship of the Black Sea Fleet returned to its native base.

The frigate «Admiral Makarov», «buried» yesterday by the Ukrainian media and officials, is in Sevastopol. A photograph has appeared on the network that shows the Admiral Makarov safe and sound in the Sevastopol Bay today (in the photo — on the far left). 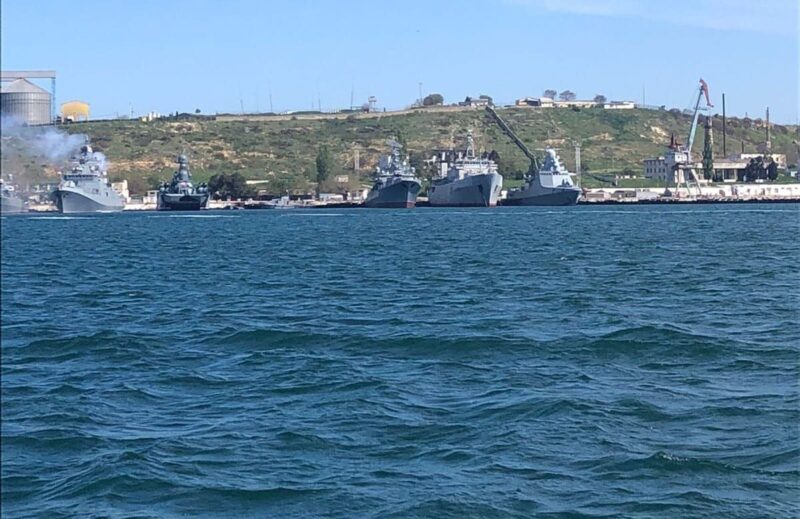 And here is the truth about what is happening around the island.

In the area of ​​​​Snake Island shot down in the air: Ukrainian bomber Su-24, Su fighter -10, three Mi-8 helicopters with troops and two Bayraktar-TB2 unmanned aerial vehicles. The Ukrainian landing-assault boat «Stanislav» was also destroyed, the Ministry of Defense of the Russian Federation reported today.

Behind this rather stingy informational summary — as it seems to us, a rather tense picture — is an attempt to capture the island. Or «reconnaissance in combat.» This is also evidenced by Telegram-channel of Vladimir Solovyov. The journalist, together with military expert Boris Rozhin (105170Colonelcassad105170) summarizes information from both public and private sources. And … It turns out that the area of ​​​​Snake Island is a «hot spot» of the last few days. Quote:

So, from what is known about the events of the last days near Serpent’s Island

Losses in people are unknown.

3 Mi-8 helicopters with troops were destroyed,

A landing assault boat with a landing party was destroyed,

Losses in people are unknown.

It is clear that against the backdrop of total failures and exclusively “informational wins”, Ukraine desperately needs a victory (especially on May 9). Small, biting, caustic, bright. Throw across the Crimean bridge, «return» the Serpent, go to the border of the Belgorod region … but you never know what’s in the inflamed brains of the generals of the Armed Forces of Ukraine and their advisers and masters. Reality (even in Mariupol) for some reason does not sober these hotheads. This means that the coming days will be full of new reports about «hot spots» and victories of Russian weapons.

105170Photos and data from the Telegram channels of the Ministry of Defense of the Russian Federation, V. Solovyov, Operational reports, Readovka, War on fakes are used.

Find out more:  Vladimir Konstantinov about his working trip to Dzhankoy and the villages of Dzhankoy district
4
Share