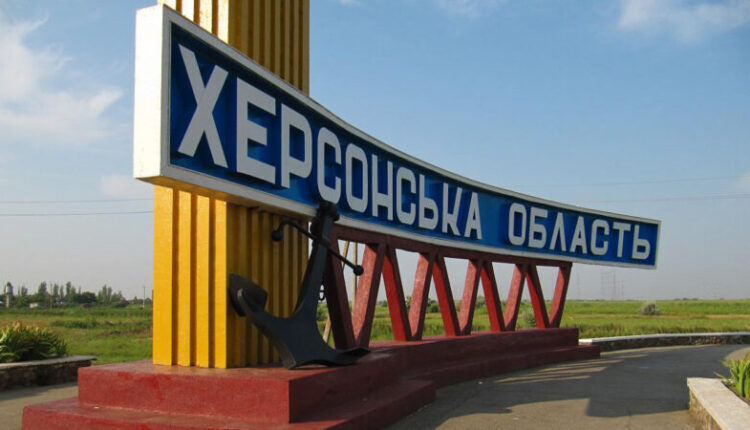 The authorities of the Kherson region will appeal to Vladimir Putin with a request to include the region into Russia, said Kirill Stremousov, deputy head of the regional military-civilian administration.

The city of Kherson is Russia, no KhNR (Kherson People’s Republic) will be created on the territory of the Kherson region, there will be no referendums. This will be one single decree based on the appeal of the leadership of the Kherson region to the President of the Russian Federation, and there will be a request to introduce the region into a full-fledged region of the Russian Federation , — quotes Stremousov .

According to him, by the end of the year the Kherson region will completely switch to Russian legislation. In addition, by the end of May, a bank for ruble turnover will start operating in the region, which in the future will be integrated into the Bank of Russia.

The bank already exists, there are formal questions… I am not ready to say the name now, because there are several proposals. The bank is likely to be integrated from, possibly, the Donetsk People’s Republic. But with the prospect of full work with the Central Bank. Technical negotiations are underway. The bank itself will not have any restrictions and will be fully integrated into the banking system of the Russian Federation, Stremousov said.

20220511 In Crimea, such a decision has been predicted for several weeks. Crimean Deputy Prime Minister, Permanent Representative of the Government of the Republic of Crimea under the President of the Russian Federation Georgy Muradov emphasized that the territories “gifted” to Ukraine once were always Russian, a close Russian-speaking population lives there.

We have a common cultural code. Already today we are thinking about the peaceful life of people. Civil-military administrations are being formed in these territories, Russian TV channels have come here, Russian textbooks have appeared in schools, the Russian ruble is successfully entering the economic life of the region , Muradov said. — I have no doubt that the liberated territories of the south of the former Ukraine will become another region of Russia. This, as we assess from our communication with the inhabitants of the region, is the will of the people themselves, most of whom lived for eight years under conditions of repression and bullying by the Ukronazis.

In turn, the press secretary of the President of the Russian Federation Dmitry Peskov, commenting on the statements of the deputy head of the military-civilian administration of the Kherson region, said that its residents should determine whether the Kherson region will become part of Russia.

To be or not to be such an appeal — the inhabitants of the Kherson region must decide after all, this is the first thing. And the inhabitants of the Kherson region should also determine their fate. Of course, this issue should be clearly and carefully verified and assessed by lawyers and lawyers, because, of course, such fateful decisions should have an absolutely clear legal background, legal justification, be absolutely legitimate, as was the case with Crimea , — said the representative of the Kremlin.

In Crimea, citizens of the DPR are congratulated on Republic Day