The backbone of the army is the vertical «sergeant — lieutenant — major». The Ministry of Defense of the Russian Federation about the heroes of the special operation in Ukraine 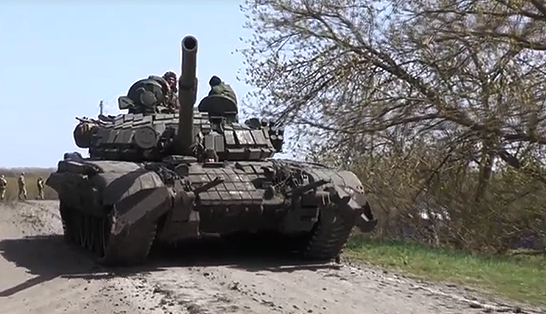 The Ministry of Defense of the Russian Federation continues the story about the heroism of the Russian military participating in a special operation in Ukraine. Another page of the chronicle of exploits about those on whom any army in the world rests. The vertical «sergeant — lieutenant — major» must be reliable and durable.

The head of communications of the artillery brigade, Major Pyotr Tochilkin, together with his subordinates, despite the incessant fire from the Ukrainian radicals, advanced to the damaged parts of equipment and communication lines in order to restore them. Thanks to their actions, broken communication lines and damaged equipment were promptly restored — stable control of the brigade in battle was ensured, and the attack of the nationalists was repelled.

The commander of a tank platoon, Lieutenant Oleksandr Byalik, discovered an armed formation of Ukrainian nationalists. The platoon of Lieutenant Bialik was one of the first to engage the militants — Alexander continued to fire at the enemy from an immobilized tank that caught fire due to an enemy mine. The lieutenant with his crew destroyed 3 nationalist positions.

The crew of the tank under the command of Sergeant Oleg Borisov destroyed 3 enemy infantry fighting vehicles and more militants, among whom were foreign mercenaries. In addition, Oleg saved three wounded servicemen — he personally transferred the victims to the armor and evacuated them to shelter.

Find out more:  In the summer in the Crimea and in the south of Russia will establish multimodal transportation on a single ticket
9
Share

Even in the environment — only to win. The Ministry of Defense of the Russian Federation on the events of 1945 and 2022 …