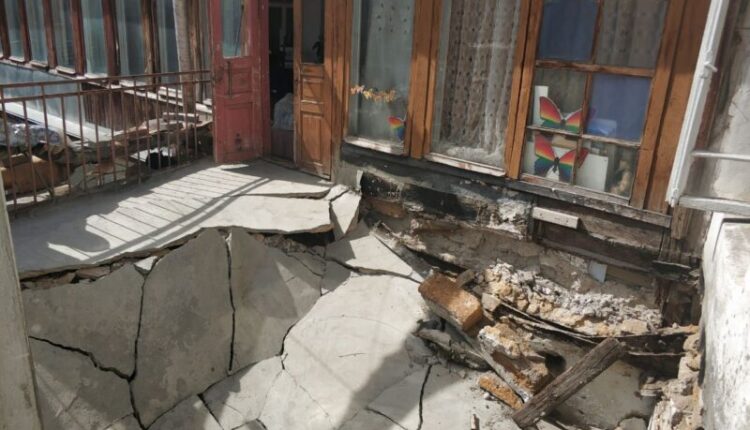 In the center of Simferopol, in the house number on the street. Sevastopol on the evening of June 1, a balcony collapsed. And right on the first floor of the building (shop). According to preliminary information, the collapse occurred due to dilapidation of the structure and poor-quality repairs. There were no casualties as a result of the incident.

Within minutes after the message was received, emergency services and representatives of the city administration arrived at the scene. An elderly resident of the house was temporarily evacuated until the completion of work on the rubble and ensuring unhindered access to the apartment, the administration of the Crimean capital reported.

The prosecutor’s office is also investigating the circumstances of the incident.

In the course of the organized supervision activities, an assessment will be made of the fulfillment of the requirements of the housing legislation, including during the redevelopment of the living quarters of the house. If there are grounds, exhaustive measures of the prosecutor’s response will be taken , — said the supervisory authority.

The most important thing is that no one was hurt in this incident, everyone was lucky: the employees and visitors of the store, an elderly woman who just went out onto the balcony.

Covid-19 in Crimea: 48 cases of new coronavirus infection per day