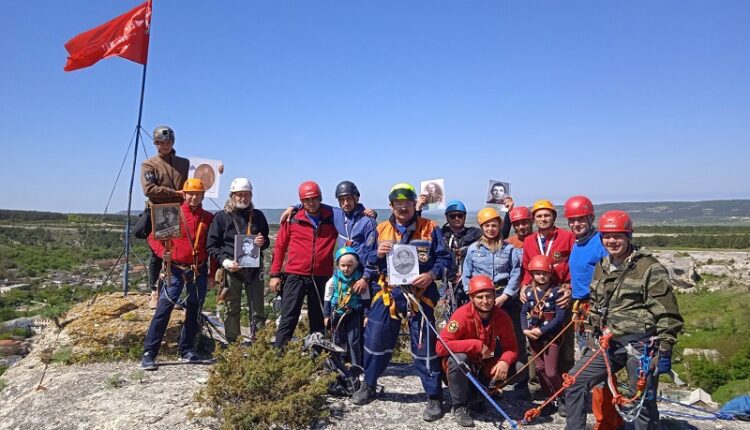 The day before we about how the Crimean rescuers hoisted the Banner of Victory on the top of Mount Ai-Petri. And it was not the only mountain of the Crimea, where a red flag was hoisted on May 9. 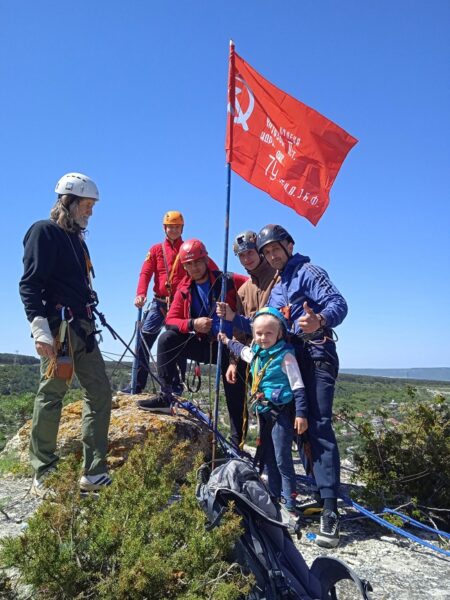 In commemoration of 77 — the anniversary of the Victory over fascism, the rescuers of the Alushta emergency rescue team «KRYM-SPAS», together with the employees of the branch «Krymsky National Park» FGBU «Complex Crimea», members of the Crimean regional branch of «ROSSOYUZSPAS» installed the Banner of Victory on the top of Kush-Kaya Mount Babugan — at a height of 1 77 meters. 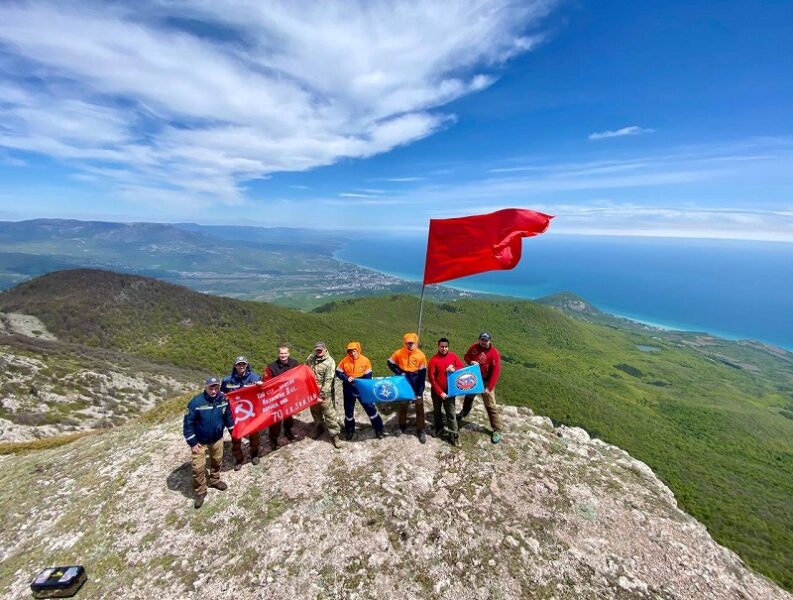 Well, the employees of the Bakhchisarai emergency rescue team «CRIMEA-SPAS», together with the employees of the Main Directorate of the Ministry of Emergency Situations of Russia in the Republic of Crimea, veterans of the rescue services and volunteers, hoisted the Banner of Victory on Mount Suvlu-Kaya (Wet rock), near Bakhchisarai. The hoisting was carried out with the help of climbing equipment in compliance with all precautions. At the top, the rescuers honored the fallen defenders of the Motherland in the Great Patriotic War with a minute of silence.

Find out more:  A pickpocket was detained in Kerch - he stole a wallet
2
Share