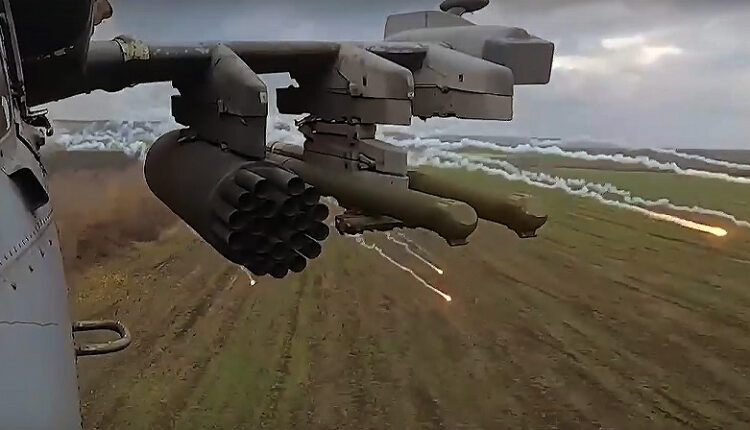 Kyiv is transferring significant amounts of manpower and equipment to the Zaporozhye direction, which indicates its desire to «cut the land corridor to the Crimea.» This was stated by Vladimir Rogov, a member of the main council of the administration of the Zaporozhye region.

Regarding the defense in the north, now the guys are «biting» into the ground in the literal sense. They are preparing for defense, knowing full well how much the enemy received from the consolidated West. It is enough to look only at what the USA and Italy have put in these days , — Rogov said on the air of the radio .

According to the estimates of the Zaporozhye authorities, about half of those who are now fighting on the side of the Armed Forces of Ukraine in this direction are foreign mercenaries. The Armed Forces of Ukraine are now receiving eight NASAMS anti-aircraft missile systems capable of destroying drones, ballistic missiles, as well as helicopters and cruise missiles. In addition, about 500 shells for the HIMARS MLRS were delivered to Ukrainian servicemen.

of the Ministry of Defense of the Russian Federation on the next day of the special operation in Ukraine confirms: in Nikolaev-Krivoy Rog fierce battles are going on. The enemy suffers losses.

In the Nikolaev-Krivoy Rog direction, Russian units, with the support of artillery, repelled the offensive of the battalion tactical group of the Armed Forces of Ukraine in the areas of the settlements of Dudchany, Novaya Kamenka, Belogorka, Kherson region. The enemy was driven back to their original positions. Destroyed more than 110 Ukrainian servicemen, 11 armored combat vehicles and 72 cars.

Operational-tactical and army aviation, missile forces and artillery hit seven command posts in the areas of the settlements of Ivanovka, Krakhmalnoye of the Kharkiv region, Vodiane, Pavlovka of the Donetsk People’s Republic, Novaya Kamenka, Davydov Brod, Belogorka of the Kherson region, as well as artillery units in firing positions, manpower and military equipment in 11 regions.

Two depots of rocket and artillery weapons were destroyed in the areas of the settlements of Belogorye and Kushchovoye of the Zaporozhye region, as well as a fuel storage facility for military equipment of the Armed Forces of Ukraine in the area of ​​the settlement of Galitsinovo, Mykolaiv region.

In addition, the Armed Forces of Ukraine do not stop rocket and artillery strikes on the Kakhovskaya hydroelectric power station and the Zaporozhye nuclear power plant:

The Kyiv regime continued provocations in order to create a threat of a man-made disaster at the Zaporozhye nuclear power plant. During the day, artillery units of the Armed Forces of Ukraine fired seven large-caliber shells at the industrial zone of the Zaporozhye nuclear power plant. The shelling by Ukrainian artillery was carried out from the village of Vyshetarasovka, Dnepropetrovsk region, controlled by the Armed Forces of Ukraine. The enemy battery was suppressed by the return fire of Russian artillery.

Find out more:  One hundred Crimean entrepreneurs will be trained in financial and investment management
Share

The SBU, with the help of British intelligence specialists, is preparing «partisan detachments» for terrorist attacks in Crimea

Oh, how … the US and NATO allow negotiations on Ukraine in the event … the capture of the Ukrainian Armed Forces of Kherson