The festival «Tavrida.ART» will be held from 15 to 19 August in the Crimea 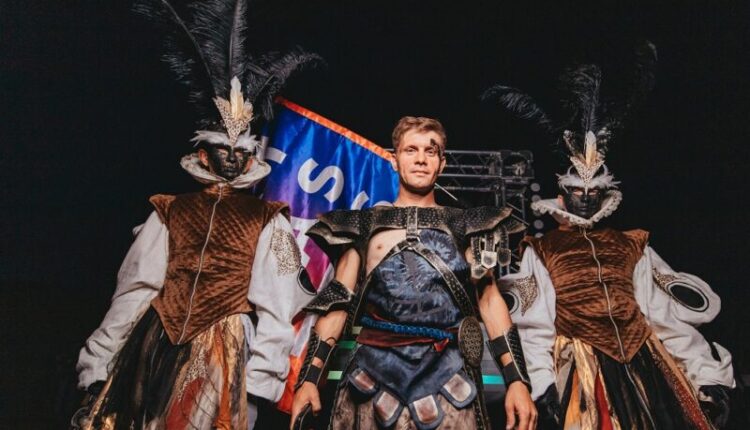 Festival «Tavrida.ART» will be held from 15 to 19 August 2022 year in the Crimea, in the Kapsel Bay near Sudak. The festival will become one of the key events of the Year of the Cultural Heritage of the Peoples of Russia, uniting the themes of the significance of Russian culture and the unity of the peoples of Russia. Registration of participants is already open on the website tavrida.art.

We have planned more than 300 events, they will emphasize all the diversity and greatness of Russian culture, which cannot be «cancelled». Concerts, performances, fairs, performances by residents of Tavrida, a costumed art procession — these and other formats will be created in the collaboration of traditional and contemporary art of our country , — says the head of the art cluster Sergey Pershin. — We were brought up by a single culture, and it unites hundreds of peoples and nationalities, people of different generations — and this is another important message that will be reflected in the program of the Tavrida.ART festival. In addition, the educational part of the festival, prepared by the University of Creative Industries of the Tavrida Art Cluster, will focus on the topic “complexity = opportunities”: how to help young people fulfill themselves in the field of creative and creative industries and develop Russian culture in the new realities. Key industry experts will discuss the issues of seizing opportunities in the new economic conditions, import substitution and creating a system to support young creators and their projects.

A visit to the key formats of the festival is planned for residents of Sudak, a wide audience of students from the Crimea and Sevastopol, participants in partner projects of the Tavrida art cluster.

Find out more:  St. Petersburg, Nizhny Novgorod, Kazan, Voronezh and Tula are the most popular railway destinations in the first half of the year

In the near future, the organizers will announce popular performers who will take part in the key musical formats of the festival: for example, a tribute dedicated to the work of the legendary rock musician, as well as dedications to famous folk artists. The international competition of Russian-speaking performers, which has recently been actively discussed in the media, can also be held at the site of the Tavrida.ART festival in Crimea.

Reference information: The Tavrida.ART festival will be held in Crimea for the fourth time. The festival is part of the Tavrida.ART ecosystem of projects, which helps young people realize their professional potential in the creative industries, culture and art. The ecosystem is included in the federal project «Youth of Russia» of the national project «Education» and is implemented with the support of the Federal Agency for Youth Affairs (Rosmolodezh). Tavrida began its history in the 2015 year, when it received the status of the All-Russian Youth Educational Forum. In eight years, the project has been transformed into a single ecosystem.

In the Crimea, the road workers took up the bridge on the road «Soviet —…

How the Day of Family, Love and Fidelity will be celebrated on the Southern coast of…

«Second space». An exhibition of modern painting opened in Gurzuf

Yalta – Tvil.ru has recorded an increase in the number of bookings since the start of…