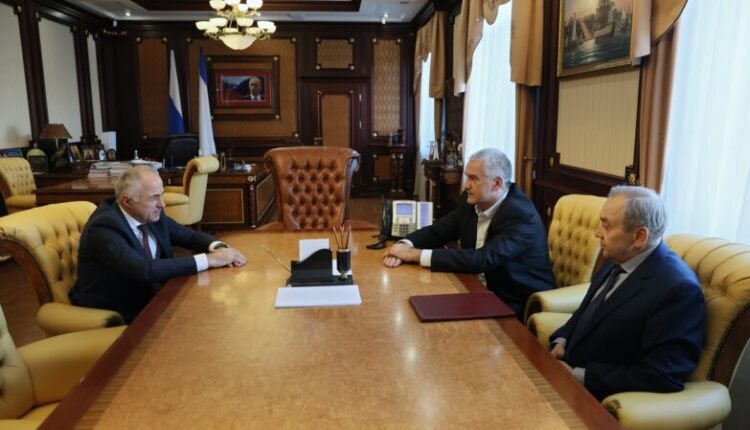 According to the press service of the Head of the Republic of Crimea, Sergey Aksyonov expressed gratitude to the Abkhaz side for its contribution to the development of long-term bilateral relations. As a successful example of trade and economic cooperation between the two republics, the Head of Crimea cited the implementation of the Crimean-Abkhazian investment project, thanks to which a factory for the production of fishmeal and fish oil was built in the hero city of Kerch.

During the meeting, the joint activities of the Republic of Crimea and the Republic of Abkhazia in the fields of economy, culture, sports and tourism were also discussed.

In turn, Beslan Dzhopua recalled that cooperation between the two friendly republics has been going on for several years. A commission was created to ensure that it goes according to plan and covers as many spheres of life of the state and the region as possible.

During the four meetings, its members managed a lot. We were able to achieve that in different industries, economy, education, culture, sports, tourism, we were united and we were united by common ideas. These ideas are reflected in the program. At the interdepartmental level, we try to monitor its implementation, make adjustments or supplement the program with current events. We intend to continue working in this direction so that the citizens of our countries feel the effect of cooperation. Undoubtedly, the most strategic direction in the interaction was and is economic cooperation. Let as many investment projects as possible become proof of the effectiveness of our work , — said the First Deputy Prime Minister of Abkhazia.

On behalf of Sergei Aksyonov, the delegation of the Republic of Crimea will take part in the upcoming X Russian-Abkhazian business forum, dedicated to the expansion of cooperation and development of business contacts between Russian and Abkhaz entrepreneurs.

Find out more:  Simferopol will be decorated for the New Year next week
Share

In the Crimea, hundreds of millions of rubles were allocated for the repair of sections of highways