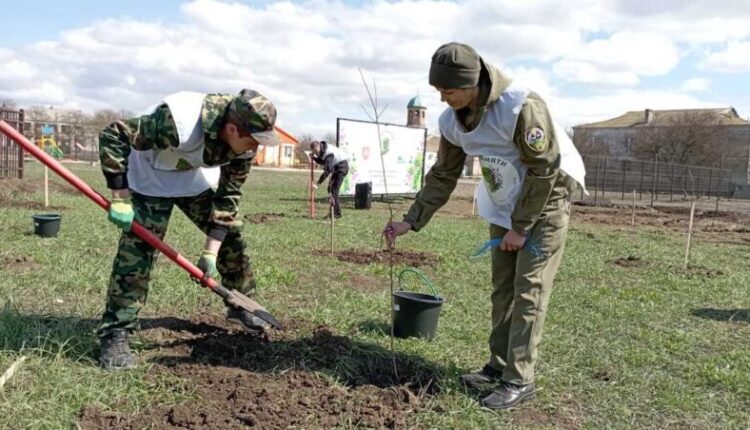 As part of the campaign, 16 thousand seedlings.

The International Action «Garden of Memory» has ended. This year it covered all regions of Russia — from Kaliningrad to Chukotka. The purpose of the event is to plant 27 million trees in memory of 16 millions of those who died during the Great Patriotic War.

In just three months, the participants planted 16 million trees, perpetuating the memory of Soviet soldiers, prisoners of concentration camps, the blockade of Leningrad and just civilians — all those who for 1418 days brought victory closer.

In Crimea, 000 events took place on the lands of the forest fund and the cities of the peninsula. More than 1 000 people took part, disembarking 16 000 seedlings.

«Garden of Memory» is not only a patriotic, but also environmental campaign aimed at improving the quality of the environment. The Crimean Ministry of Natural Resources expresses its gratitude to all participants of the event for their active position, respect for history and contribution to the greening of the peninsula

, — noted the Ministry of Ecology and Natural Resources of the Republic of Crimea.

Find out more:  Development Corporation of the Republic of Crimea - on the work of the Crimean FEZ in 2021: almost doubled growth
2
Share