The International Conference of the Livadia Club opened in Crimea 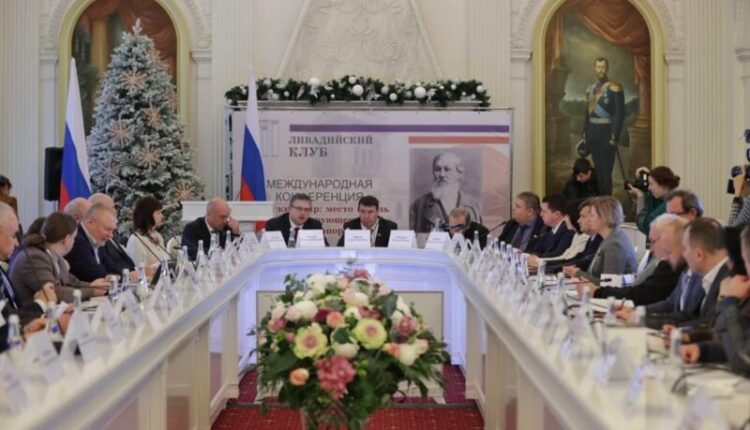 The International Conference of the Livadia Club began its work in Crimea. This year it is dedicated to the 200 anniversary of the birth of the outstanding thinker and patriot Nikolai Yakovlevich Danilevsky.

The name of Danilevsky is remembered in the Crimea, although far from everything has been done to perpetuate his memory. But with the help of the public, the scientific community, we will continue this work so that every Russian, every Russian citizen knows and is proud that he is a compatriot of this great man. This is our duty to all of Russia, since the great thinker found his last resting place in the Crimean land, many of his relatives and friends are buried here, some of them also made a significant contribution to the development of our peninsula. Preserving memorable places that remind us of Danilevsky, making his name familiar and close to every Crimean — that’s what we should strive for , — said Vladimir Konstantinov, Speaker of the Crimean Parliament.

According to the chairman of the State Council of the Republic of Crimea, Danilevsky’s ideas are «more modern than ever.»

It is today, when our country is making a fateful civilizational turn, finally parting with the illusions that Nikolai Yakovlevich called «Europeanization», his thoughts, ideas, scientific conclusions are extremely important to us , — Konstantinov emphasized . — One can definitely say: Danilevsky’s time has come. We are at the turn of two eras. One that ended before our eyes was marked by Russia’s attempts to become a European state, or at least to orient itself towards Europe. The rulers and political regimes, the names of the country and its ideologemes changed. But this course, set by Peter I, remained practically unchanged for more than three centuries. We say goodbye to this era today. And the outlines of the one into which we are entering are not yet clear and foggy. But we have no way back, because we have made our civilizational choice. And it sounds like a quote from Danilevsky: Russia is not Europe. But what then is Russia?

Speaking to the participants of the conference of the Livadia Club, Vladimir Konstantinov noted the need to develop an understandable and generally accessible ideology that would formulate the basic foundations and values ​​of our civilization, that unique community that we call the Russian World.

It seems to me that this is precisely the main reason for the existence of the Livadia Club, whose members are looking for answers to topical questions and challenges that time puts before our country, our people, before the entire Russian world. It is our common mission to find these answers. Including — relying on the achievements of the best representatives of domestic political thought, to which, without a doubt, Danilevsky also belongs, Konstantinov summed up.

Find out more:  Yalta is among the top popular destinations for mountain holidays in February
Share